J.J. Abrams Teaming Up With Valve To Develop A Video Game… Possibly A Film Too 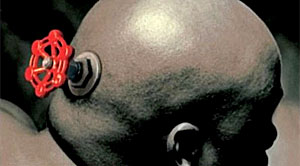 J.J. Abrams and Gabe Nowell (co-founder of Valve Corporation) kicked off the opening keynote discussion today at the 2013 D.I.C.E. Summit in Las Vegas, which is an annual event that brings together the brightest minds from around the world who specialize in the interactive entertainment industry. If you’re wondering how Abrams made it onto the list of speakers this years, the announcement I’m about to reveal will clear things up.

According to Gamespot, the key topic during their lengthy presentation at D.I.C.E. was the differences between film and video games, as well as the challenges in telling a great story. Both are experts in their medium, and not everything they say should be taken with a grain of salt considering they’re among the best at what they do. Abrams is best known for Cloverfield, Super 8, Star Trek, and has recently been confirmed by Disney for the next Star Wars film. Nowell easily stands out in the video game industry for Portal, and one of my all-time favorite FPS series, Half-Life.

Speaking of these titles, both individuals even critiqued and approved of each others’ work during the event today, which led them to announce their partnership to bring a new game to life in the near future.

Additionally, Nowell also mentioned the possibility of them working together on a Portal or Half-Life film. I don’t know how stoked any of you are about either announcement, and I’d love to bring you more news, but, unfortunately, no further details were revealed.