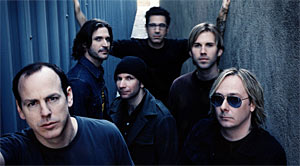 The legendary punk band Bad Religion will be making their first ever appearance on Late Night With Jimmy Fallon on January 30. The show airs at 12:35 a.m. Eastern/11:35 p.m. Central on NBC. The band will be performing in support of their new album True North, out January 22 on Epitaph Records.

In addition, on January 8 several special album-related opportunities were offered to fans. The song “Vanity” began streaming exclusively on Rdio while an exclusive “Best of Bad Religion” playlist curated by the band launched on XBOX Music.

Check out the “True North” single and let us know what you think in the comments section below.