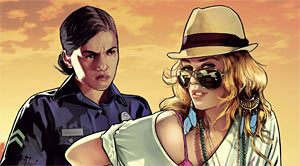 According to an update on Amazon, Grand Theft Auto V will be released on March 26, 2013 for the Xbox 360 and PlayStation 3. Keep in mind that this isn’t an official announcement until it actually comes from Rockstar Games.

We previously reported that a PC version of the game was also unveiled via Amazon, but the details was quickly removed from the site not too long ago.

Until we get a true confirmation by video game developer, Rockstar, this speculation should be enough to get us excited again for GTA V along with new screenshots released over the holidays.