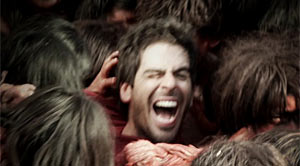 Eli Roth is one busy mofo producer/director who’s pushing out every ounce of his power in Hollywood to bear horror films to the masses such as Aftershock, The Sacrament, The Last Exorcism Part II, and Clown, including his first feature film since Hostel 2, The Green Inferno.

Keep in mind that he also opened his haunted house, Goretorium, in Sin City a few months ago, which features A Year-Round Maze, Bloody Mary’s Bar, Baby Dolls Lounge, Wedding Chapel and Zombie Feedings. I’m getting a strong feeling that Yell! Magazine is going to be packed more than ever with good ol’ Eli Roth updates next year, and more just keeps flowing in on his feature film.

We reported last month that Roth left L.A. with a small crew to a remote village in the Amazon to start filming his Ruggero Deodato inspired cannibal film titled The Green Inferno, along with producer Nicolas Lopez. Now according to Roth’s official twitter account, on Friday he announced that the filming for Inferno is wrapped up with the picture above attached to his tweet. Lopez also tweeted the following a day later…

With filming officially complete for The Green Inferno in the Amazon, all the footage is now entering the post-production phase in the studio. We only hope that this part of the process moves just as fast, so they can announce a release date for the film.

Keep checking back for more updates on The Green Inferno. 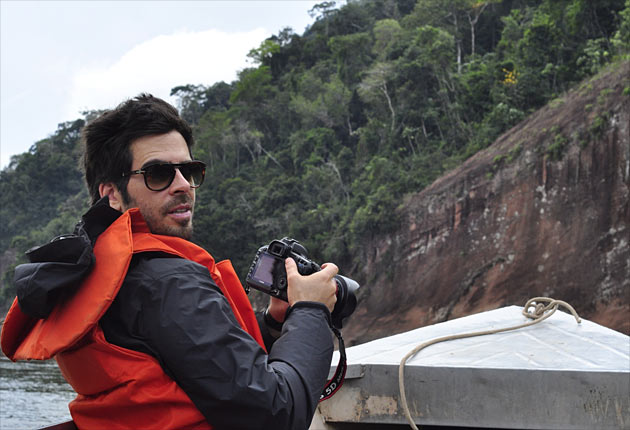