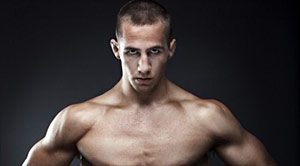 There is reluctance towards Benson Henderson’s title reign, due to Frankie Edgar’s questionable decision losses but many forget Henderson’s accomplishments in the WEC (minus the Showtime Kick). Henderson is in need of a stellar performance to be considered in the upper echelon of mixed martial artists – which is something he does not necessarily have to prove. After decisive victories over Jim Miller, Clay Guida and taking on Edgar for ten rounds, Henderson is comfortable enough to take the fight anywhere it goes. His striking is becoming more powerful, his wrestling is impressive including superb takedown defense and his durability is one of his strongest traits.

Nate Diaz is no slouch either, possessing a great chin and makes the most out awkward angles in his boxing (similar to his older brother, Nick). Diaz is a beast off of his back and there is a good chance he can submit Henderson, being the better out of the two in that aspect. Henderson does have a nasty guillotine too so this fight is appealing for techniques that go beyond striking.

Both have excellent cardio and this may very well go the distance. Diaz could have more experience but both fighters are still young, improving and have had accomplished opponents to justify their success in the sport. Expect nothing short of a war in the main event, complete with typical Diaz trash talk during the fight – something that Henderson has not dealt with yet in his career.

Alexander Gustafsson’s striking game is somewhat comparable to Jon Jones’; it is unorthodox, quick and is defined by his advantageous reach. Former Pride FC legend Mauricio “Shogun” Rua needs to do exactly what he did against Machida in their first fight – keep Gustafsson at bay with never-ending leg kicks. Rua leaves himself open going forward quite often and Gustafsson may be able to capitalize with his limb advantage but Shogun’s counter-strikes are second to none in the light heavyweight division, which come to mind when remembering the Machida and Liddell fights.

After a third major knee surgery, Shogun’s best days are behind him and Gustafsson will be looking to wear down the Brazilian from the start of round one until the fight is over. Gustafsson will not be looking for a conventional win, besides his strong and technical striking. The European standout must be wary of Shogun’s experience and his survival instincts when pushed into deep waters. The former light heavyweight champion is very unpredictable as of late – he may look tired and drained or may come forth with furious power and the patented killer instinct we saw from the Chute Box team way back in Japan. Rua cannot partake in going toe-to-toe with Gustafsson’s fancy footwork and hip movement but he must avoid the flashiness and consider taking the fight to the floor.

Both have knockout power and the ability to rock their opponent at any time so there will be no surprise if this fight ends earlier than expected.

Rory MacDonald is the perfect example of the new breed that is entering the sport in which fighters are near complete in possessing all of the aspects of mixed martial arts in their young careers. He is perhaps the most promising youngster to emerge since Georges St-Pierre burst onto the scene and many admit that the Canadian will someday hoist the welterweight title.

A former welterweight and lightweight champion is standing in MacDonald’s way and needs a win to cement his legacy as one of the best fighters in the history of the UFC. Penn has said before that he was in great shape and intensely motivated for an upcoming fight but his words were not exactly backed up in recent performances, or at least were not reminiscent of his dominant and influential performances of a few years back.

Penn has always been one of MMA’s best boxers and his game plan will be heavily relied on striking. His extra weight may be the deciding factor, as MacDonald has a slight advantage in weight and his endurance should overshadow Penn’s, who famously tires toward the last round of his fights.

MacDonald’s stand-up is more than good enough to take it to his foe and if MacDonald finishes Penn, he may be the best prospect the sport has ever seen. Penn must hurt MacDonald early if he has any chance of winning this fight. His jiu-jitsu is still among the best in the world but Penn has opted to stand and bang lately – something that has not worked in his favor once out of the past five fights.

Mike Swick did not look rusty against DaMarques Johnson in his comeback fight but could have used some sharpening (despite knocking out his opponent). After everything the AKA product has been through, he cannot be faulted whatsoever.

Matt Brown is a dangerous opponent for Swick, being able to trade punches with his opponents and has very underrated submission skills. Swick would be content to plant his feet and go to war with Brown and that seems like the best option. Brown will be Swick’s true test to see if sickness and injury will play a major role in Swick’s career moving forward. Brown is looking for a fourth consecutive victory and is seemingly reborn for a fighter with a 15-11 record. Brown’s stand-up may not be as crisp or technical as Swick’s but it is more of a ruthless brawling style.

Swick’s conditioning and cardio should be watched closely and if he can survive an early onslaught from Brown, he could very well finish his opponent on route to resurgence in his division.