AnnaLynne McCord To Star In Scorned 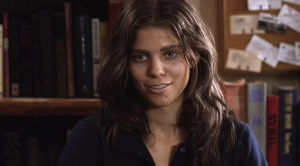 Since we interviewed AnnaLynne McCord while she was promoting Excision, we’ve kind of fallen in love with the 90210 actress who’s trying to shed her uppity Beverly Hills reputation.

McCord will now star alongside Billy Zane in the thriller Scorned, which is about a couple going on a romantic retreat that takes a turn toward psychopathic horror. When Kevin (Zane) receives a text from Sadie’s (McCord) best friend, Jennifer (Viva Bianca), a lurid affair is revealed and Sadie goes on vengeance-fueled rampage.

If that sounds like something you saw in the ‘80s called Fatal Attraction, or something from the ‘50s called Dial M for Murder, or something more recent like Obsessed, you’re right. Scorned’s director, Mark Jones (Leprechaun), has stated:

Having done horror with comedy, I wanted to delve into something more sophisticated along the lines of Fatal Attraction and Misery, and develop a multi-dimensional, twisted character in our lead villain [McCord], who I feel brings an original and incredibly unique take on her character.

Once again, we’re looking forward to seeing AnnaLynne McCord use her horror- and thriller-related acting chops in Scorned.

Scorned is expected to be released in 2013.

Stay up to date on Yell! Magazine.