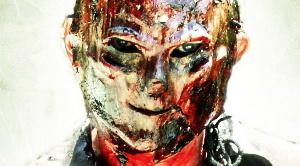 One might be expected to start off a list of five horror films banned in Germany with a snarky remark about other things that might’ve been banned in Germany at some point. I won’t. That was a long time ago and they currently make great beer. I have no problem with Germany or its culture.

I do have a bone to pick with the country’s entertainment standards though. It’s insane to me that Germany would ban these five horror films, as I like all of them. It might be unfair to judge something as huge as an entire entertainment industry based on my personal preferences, but if you’ve ever read any of my earlier work here at Yell! Magazine, such as the Top 20 Worst Horror Films Ever, then you know that crazy is something I’m very familiar with. I know insanity when I see it.

For whatever reason, these five horror films were banned in Germany. The Orphan Killer was written and directed by Matt Farnsworth, who handled it with a great deal of confidence. In a lot of slasher films nowadays, there is this weird obsession with paying homage or tribute to classic slashers. Unless it’s the Hatchet series, these “slasher” films have been fucking up those aforementioned tributes. The Orphan Killer pays tribute to no prior film or concept. Well, except for the concept that a hot blonde in black fishnets is super hot. That’s a concept that predates the dinosaurs. Kudos on that reference, The Orphan Killer.

The Orphan Killer deals with two siblings, orphaned after a robbery gone wrong, and put in the care of nuns and priests. From the start, you can tell something is wrong with the little boy. The warning signs for him include beating another child with a baseball bat, which I imagine hovers just below the second worst thing you can do to another child with a baseball bat; getting whipped; and having a mask put on him. Needless to say, his descent toward becoming the Orphan Killer began there.

It’s very clear throughout the movie that the Orphan Killer doesn’t take shit from anyone. And as soon as he’s big enough to kill, he takes every possible opportunity to do so. Sometimes you’ll see characters in horror films that you want to get killed off, but they never do, because directors like to show “restraint,” which might be German for “wuss.” Matt introduces a teen girl character just so you’ll get annoyed enough to want to see her get strangled with barbed wire. That’s the most fan-pleasing thing I’ve seen in a film since Toby Jones shot the religious zealot in the head in The Mist.

Another great thing about the Orphan Killer is his mask and various accessories. If you’re waiting for an iconic blade or tool to be introduced, just look for the nearest closet, because there’s a multitude of items used here. And the mask is simply really fucking cool looking. It’s not clean or ironic, but it’s just memorable enough that something could be potentially build around it in the future.

Overall, I dug The Orphan Killer. I’m not sure if there’s room for a sequel, but it was a breath of fresh air for indie slasher films, after what feels like years of “AND WE CALLED THE TEACHER MR. LOOMIS! GET IT! LIKE IN HALLOWEEN! HIGH SCHOOL WAS TERRIBLE FOR ME. HOW’D YOU GUESS?” One part zombie epic and one part zombie epic, Dawn of the Dead is one of the best films ever made. I don’t need to go into detail about the plot, because if you haven’t seen it, you’re probably someone’s cat anyway. Four people get trapped in a mall with zombies. If you’re wondering if there’s more than that, there isn’t. It’s simple and beautiful, and if you can’t appreciate Dawn of the Dead, then how in the hell are you reading this article, Hitler?

The best part of Dawn of the Dead occurs when a bunch of bikers, including Tom Savini, break into the mall. This sets in motion what scientists and restaurant owners refer to as a “buffet.” The film opens with a mass slaughter and, after a long time of suspense and Ken Foree looking cool while lounging around, ends with one too. Dawn of the Dead has a three-act structure in the best way.