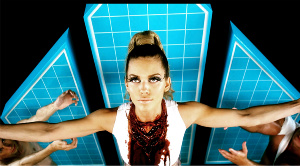 *UPDATE: Two more clips have been released for Excision by Anchor Bay Films. Enjoy watching them right below.

At Fantasia 2012, we sat down briefly (too briefly) with writer/director Richard Bates Jr. and star AnnaLynne McCord of the upcoming film Excision (on Blu-ray October 16, 2012, in the U.S. or in UK theaters November 2). In the recently released Bird Surgery clip, we see Pauline (McCord) performing a form of, well, bird surgery that’s much like the frog dissection we all did in middle school. As you’ll see, it’s not exactly like the dissections we did, since Pauline isn’t your average high school student.

”A disturbed and delusional high school student with aspirations of a career in medicine goes to extremes to earn the approval of her controlling mother.”

We can safely assume that Pauline’s obsession with medicine stems from her desire to find a cure for her sister, who has cystic fibrosis. But what we can tell from this Bird Surgery clip, there’s not a whole lot of research or study going toward that end.