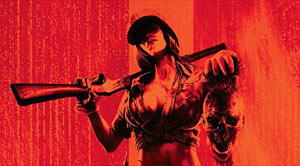 As promised yesterday by Treyarch, the official reveal trailer for Call of Duty: Black Ops II Zombies was released today after months of rumors and speculation.

The moving bus that grabbed our attention yesterday and mentioned in our earlier post on Zombies is also confirmed as the main safe ground for your character. It’s also the primary means of transportation from town to town in the game. At the 1:32 minute mark in the trailer, you can clearly see that the bus gets overrun by a horde of zombies, and it will be up to you to protect it from the bloody invasion.

Another new update that was believed to happen in Black Ops II Zombies is the inclusion of a story campaign that will be available with the game on the day of the launch.

If you dig zombies like us, and really enjoyed the trailer, do yourself a favor now and pre-order the Hardened Edition or Care Package to get the exclusive Nuketown Zombies map via the official COD: Black Ops II website.