Slender Review: “I Don’t See What The Big Deal Is – OH GOD!” 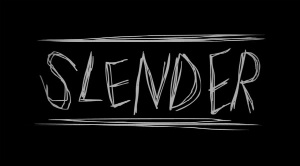 The hell does it take to scare someone these days? There’s just so much out there, it’d seem that a generation like ours has seen just about everything: People coming face to face with belt sanders; Teens getting strung up like marionettes by their own circulatory system; Some poor dude gets his bowels sucked out of his rectum through an all-too-powerful public pool drain; And let’s not even get started with the Pain Olympics.

Is this what it takes to frighten someone?

But every now and then, a game like Slender comes along and proves that fear is something that works more like a slow-cooked stew.

Hear me out on this one.

See, you can scare with very, very little – provided you use the right spices.

So, what do I really mean by this characteristically abstract metaphor? Well, Slender dumps you in the middle of an unknown patch of forest, gives you a simple objective (collect all eight notes) and kind of just, leaves the rest to you.

You’ve no idea who you are, how you got there, or exactly what is chasing you, but you know that if it manages to catch you, something very bad will happen.

And it’s exactly that that leads you to freak the fudge out. The growing suspense. The paranoia. The knowledge that no matter where you are, The titular Slender Man is watching you, thinking about things that we’d best not mention aloud.

Now, to appreciate this game on a few more of its metatextual levels, you’ve gotta know a little bit about Ol’ Slendy, himself. What originated as a Photoshop contest, kind of picked up a bit of momentum, and soon a new urban legend managed to spring out of this whole mess. 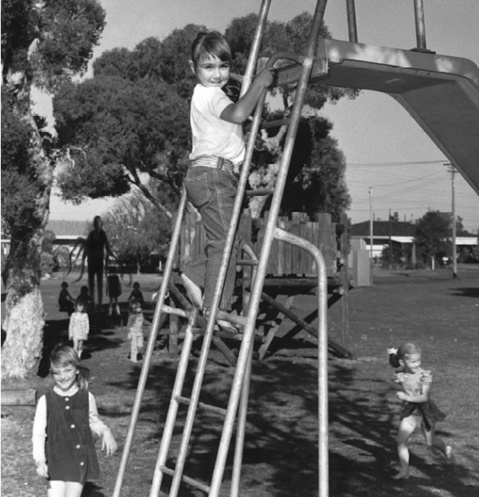 No one really knows what the Slender Man is, or where he comes from. The best grasp we have of him is that he’s invisible, except to his prey. Those who’ve seen him once are marked for the rest of their short lives. He tortures them psychologically, popping up here or there. Eventually his quarry is driven mad from his special brand of mind rape, wherein they fall quivering into a gibbering mess.

And then he pops up, and does his thing.

People have tried to guess at his motivations.

Some say he’s a simple mental image, a corporeal being that feeds on fear.

Some say he’s a half-living manifestation of the Internet’s collective subconscious.

And yet others say he’s actually just Jack Skellington, from The Nightmare Before Christmas.

So, with that in mind, Slender becomes a game that works on a much grander level – it was made with those whom are in the know in mind, and yet still works for those whom are out of the loop. As it stands as something of a reality simulator, you have no weapons and are virtually helpless against this aggressor. You’re equipped with a flashlight and are free to roam the woods as you see fit. Once you snatch up a note (a hastily scribbled message such as “don’t look” or “you can’t run”) a slow heartbeat is added to the soundtrack. From that moment on, you know that you’re being watched. With every note you collect, you know that the Slender Man grows nearer and nearer. In order to beat the game, you simply have to survive. God knows, it’s not that easy. 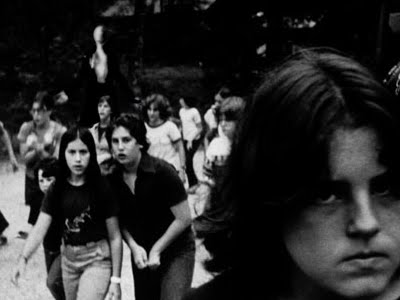 At times, you’ll notice some onscreen interference — maybe a bit of static, where your perspective grows fuzzy. Not really sure what’s going on, you turn around – and there he is. Just watching you. Your skin flushes, the interference grows more and more powerful, and you try to sprint away – but sometimes, it’s just not enough.

So, with all that said, Slender’s a definite recommendation. It’s terse, contained, and is an excellent reminder of exactly what it takes to build the “atmosfear” of fear. It’s relatively short, and once the Slender Man catches you, you get a clear glimpse of him, making him somewhat less scary. Still, the game itself has a magical sort of replay value to those who’re open enough to be taken in time and time again.

Besides, it’s free. FREE. You’ve got no reason not to partake. Go play it, and crap your pants. Crap the hell out of those bad boys. Do it for me.

Word to the wise, though: The Wikipedia article for this game shows what the Slender man looks like, all in the glory of broad daylight. It is the natural fear of the unknown that led us to not give any direct in-game renders of him during this review. Don’t spoil it for yourself. Play the game first. 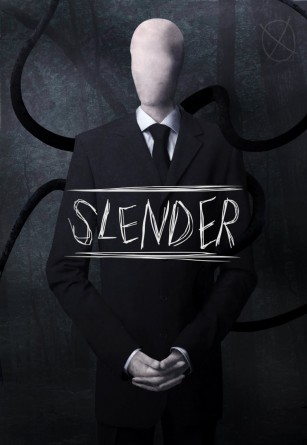