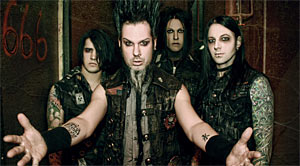 Static-X has just revealed Winds Of Plague, The Browning, & Davey Suicide as Special Guests for the 3rd leg of the Noise Revolution Summer 2012 Tour.

“We are having an awesome time, and the shows have been absolutely crazy! So we’re gonna keep the tour rolling. I wanna play every town possible!”

Winds Of Plague will be playing select dates of this summer’s massive “All Stars Tour” and they will be wrapping up their next album slated for a late Fall release. The Browning is continuing to support their Fall 2011 release, and Davey Suicide continues on the tour while preparing for his forthcoming debut release on Standby Records this Fall.

More dates to be announced…