The Quiet Ones: Hammer Horror Is Back With A True-Story Flick 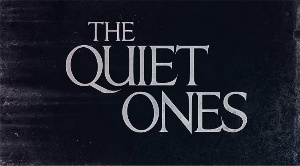 The Quiet Ones – Credit: Hammer Films

Though it’s origins began in London, 1934, by William Hinds (who was also known by the stage name, Will Hammer), the Hammer Film production company is best known for its foray into horror films, known around the world as Hammer Horror, which began in 1955, with the Sci-Fi, alien-invasion chiller The Quatermass Xperiment. Since then, Hammer Horror has given fright fans nearly 40 titles to whet our palate for terror, and they don’t seem to plan on stopping anytime soon.

Case in point is 2013’s The Quiet Ones, which wraps up filming this week. It’s a paranormal thriller, based on true events, The Quiet Ones is the story of a University professor who leads a group of students in an experiment to create a poltergeist. “Based on the theory that paranormal activity is caused by human negative energy, the rogue scientists perform a series of tests on a young patient, pushing her to the edge of sanity. As frightening occurrences begin to take place with shocking and gruesome consequences, the group quickly realizes they have triggered a force more terrifying than they ever could have imagined,” says Hammer’s official website.

Written and directed by John Pogue (Quarantine 2: Terminal), and starring Erin Richards (Being Human), Sam Claflin (Snow White and the Huntsman) and Jared Harris (Mad Men), The Quiet Ones just might prove that Hollywood needn’t always rely on remakes to produce good, quality horror, because sometimes, true stories are the scariest of them all.

Stay tuned to Yell! Magazine in the coming weeks for more updates on The Quiet Ones, as shooting wraps, and more news comes about.