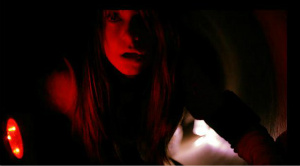 Like the chick who grabs your junk under the table at a bar, but then suddenly has to “wake up early” when you ask her back to your bachelor pad for drinks, the 40-second teaser trailer released for Oklahoma Ward’s newest indie horror flick, Crawl Bitch Crawl, leaves me breathless, completely unsatisfied, and wanting more. Also, a little bit angry.

I should probably clarify though… I’m not angry because some bitch grabbed my junk and then wouldn’t put out. I’m angry because Ward decided the best course of action was to taunt us with a mere 40 seconds, 40 seconds folks, of what looks to be a fist-clenching, breath-holding, claustrophobic thrill-ride, instead of waiting and letting us see the full trailer. Which, in case you were wondering, is “coming soon,” according to Crawl Bitch Crawl‘s official website. I’m one of those people who want what they want rightfuckingnow, and what I want, rightfuckingnow, is to see a full trailer! Crawl Bitch Crawl‘s website cites the premise of the movie as this: “An elite security team assigned the task of protecting the last known woman who can become pregnant, find themselves caught in an endless claustrophobic underground tunnel system. The team soon learns [that] the real horror is not the unstoppable force chasing them, but the ever-growing smaller tunnel itself. The will to live for each member of the team gets challenged with the obstacle of a 14-inch, 2,000-foot tunnel.” The idea is amazing, and that 40-second teaser definitely had me feeling that inescapable sense of suffocation. Let’s hope, though, that the whole movie turns out to be just as good as the trailer, and that Oklahoma Ward is even half as capable of forcing his audience into that horrible feeling of asphyxiating, confining dread that Neil Marshall achieved in 2005’s The Descent.

I’m (not so) patiently waiting for the full Crawl Bitch Crawl trailer.