Meeting Evil (2012) Review: Not Quite Hollywood

After leaving a high-profile job as a corporate lawyer in favor of filmmaking, writer/director Chris Fisher’s career got off to a bumpy start with a pair of indie true-crime serial killer films (Nightstalker and Rampage: The Hillside Strangler) that were met with a lukewarm reception from fans and critics alike. From there, he moved on to a pair of direct-to-video cop movies (Dirty and Street Kings 2: Motor City) with impressive B-level casts and a slightly more positive audience reaction. While these credits could be considered steps forward, Yell! readers will surely be raising eyebrows about the man’s credibility given his involvement directing the reviled Donnie Darko sequel S. Darko. 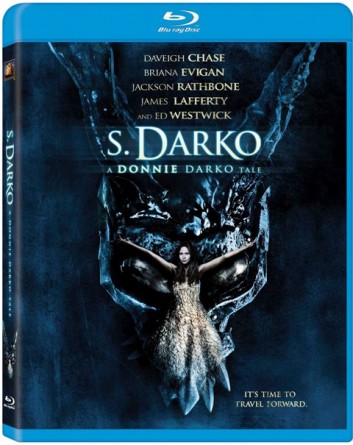 Yet despite the mixed reactions to his work, Chris Fisher’s career seems to be taking off nicely these days. He’s amassed a respectable resume of television directing (Chuck, Eureka, Hawaii Five-O) and producing (Warehouse 13) and his latest feature film, Meeting Evil, sports an impressive cast and an interesting hook that give it the potential to move the director on to bigger, better, A-list level work, making Meeting Evil something of a triumph within Fisher’s filmography.

I just wish I could say the same for the film on its own merits. Despite strong performances and a thoughtful story, Meeting Evil is a thoroughly flawed piece of filmmaking that, sadly, never seems to rise above Fisher’s own DTV pedigree. 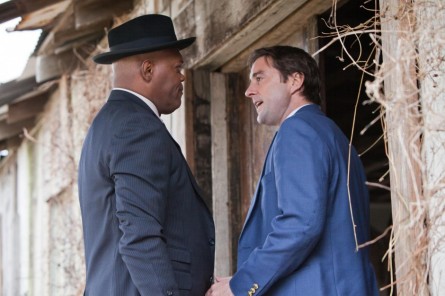 The film concerns John (Luke Wilson), a real estate agent and family man whose life is hurtling off the skids. An affair with a co-worker has strained his marriage and cost him his job. His house is being foreclosed on, he’s neck deep in debt and, and, to top it off, his wife (Leslie Bibb) may be cheating on him. His luck seemingly changes when Richie (Samuel L. Jackson) arrives on his front door with car troubles. Despite his personal problems, John is first and foremost a generous guy, and offers to give Richie the help he needs. What John doesn’t know, however, is that Richie is a serial killer, one who develops a very scary obsession with John that is going to redefine the meaning of the phrase “A very bad day.” 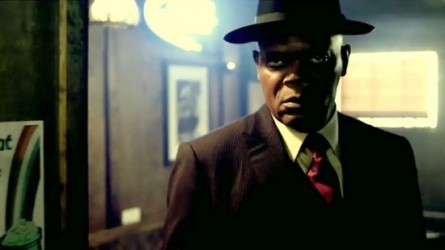 Meeting Evil is a movie I really, really want to like. It stars Samuel L. Jackson in one of his most scene-chewing villain roles to come around in a long time. Jackson, who ranks among the most reliable actors in America, has the unfortunate tendency to “check out” during some of his films of questionable merit. Even high-profile releases like Iron Man 2 and The Other Guys often result in the man coasting. That’s fine. Much like his Pulp Fiction contemporary Bruce Willis, the man turns in solid work even when he’s coasting with a dead look in his eye and paycheck clearly plastered on his mind. Yet in Meeting Evil, the man is not coasting. He turns in a magnetic performance as Richie, a character whose boorish behavior contradicts his societal expectations, resulting in explosions of chilling violence that Jackson sells with perfect aplomb. 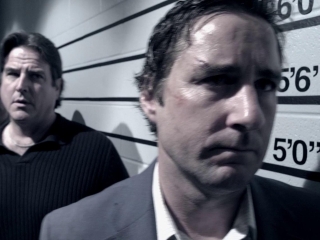 As his foil, Luke Wilson brings a sense of believable desperation to the character of John. Though he’s a loser, an adulterer, and possibly an alcoholic, John refuses to believe himself as anything less than a decent man under pressure. It’s the strain of this pressure that intrigues Richie enough to take John under his terrifying wing. “You and I, we’re a lot alike,” Richie tells John throughout the film, and Meeting Evil spends 90 minutes exploring that idea. Jackson and Wilson walk the line between good and evil together, sporting great chemistry and relishing the opportunity to challenge each other.

When they’re onscreen together, the film breezes by. When they’re not together, everything grinds to a halt. Wilson and Jackson are the sails that keep the ship Meeting Evil gliding across its cinematic waters. The problem is, the rest of the film, from script to cinematography to score, is slowly sinking the rest of the movie. 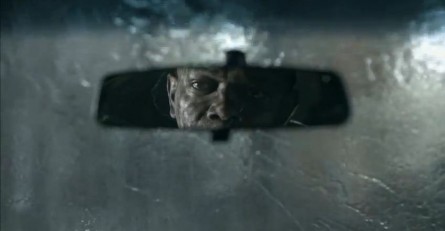 Fisher’s direction is functional. He shows off a knack for stylish composition that is too often subverted by an over-reliance on color filters and awkward camera movements. As a byproduct, the film’s visual look is all over the place, ranging from elegant to amateurish, often within the span of a single scene. 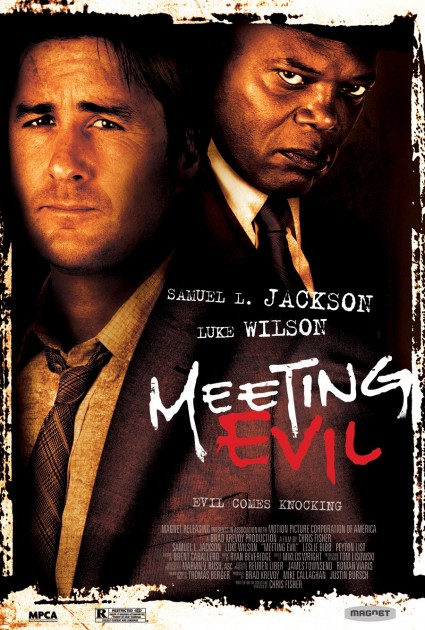