GQ revealed online five new pictures of Gina Carano‘s January photo shoot as a follow-up to her recent interview with them, which covers in-depth answers on her new movie, Haywire. The Steven Soderbergh-directed action/thriller premiered in Los Angeles last Thursday, which had the MMA star walk her first red carpet among co-stars Ewan McGregor, Antonio Banderas, and Channing Tatum. Haywire will be in theaters on January 20, 2012. 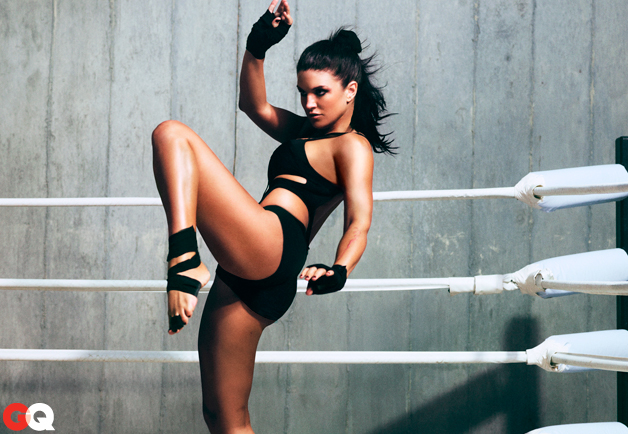