Have A Holly Horror Christmas 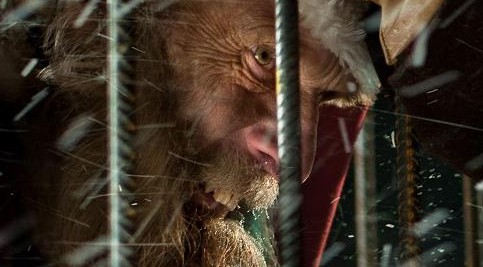 The Santa in Rare Export

For a guy too old to be a kid, but too young to have started a family, Christmas bites ass. Sure, you might get some shit from your parents, siblings, roommates, or girlfriend, but the magic that was Christmas morning is long passed and all you have to look forward too is spending money on people you only see during the holidays.

To beat the holiday blues, nothing works as great and cheers you up better than a good X-mas horror flick. Yeah, I’m feeling the Christmas spirit flow over me like a blood-soaked Santa suit just thinking about it.

But why keep the fun all to myself? The holidays are a time of sharing. So with that in mind, here are some films that will get you in a joyous mood come Christmas day. I start the list with the Jalmari Helander film because what better way to get into the Christmas spirit than to join your fellow man in a movie theater to watch Santa go on a killing spree after being dug up and thawed out from an icy prison by some ignorant archeologists? There isn’t one. What’s not to love about a sorority house full of college chicks on Christmas break being stalked and murdered by a psycho killer? Nothing. Black Christmas is one of the original slasher films that inspired all the blood and guts of the late ’70s and ’80s. A crazy toymaker scarred as a child dresses in a Santa suit and goes on a rampage. Note to future fathers: if you’re going to fuck your wife under the Christmas tree, don’t dress up as St. Nick, your child may be watching. Demon bets with angel. The angel wins and the demon becomes Santa giving out toys to good children. Imagine all the pent up hostility and murderous rage the demon would release if ever he found a way out of the bet? Well, you don’t have to, just watch this David Steiman movie and enjoy the carnage. Another film about a killer in Santa gear. This time the guy saw his parents murdered by a robber in the red suit and then was abused by the Mother Superior of the orphanage he was placed in afterward. When he is forced to wear the evil red and white as a requirement for his job, he snaps and the fun begins.

Harder to sit through than most of the other films on this list, Don’t Open Till Christmas is much more enjoyable because of it. A psychopath is on a killing spree in London and his target is shopping mall Santas. Will Inspector Ian Harris of Scotland Yard be able to catch the deranged murderer? Who the fuck cares, just enjoy the mayhem. When a horror film’s slashing killer is a possessed child’s doll you know you’re in for a fun ride. Karen Barclay searched everywhere for a Chucky doll to buy for her son at Christmas, but little did she know that purchasing it out of the trunk of a car would lead to such disastrous and bloody results. How could she know the doll became inhabited by a psycho murderer named Charles Lee Ray? She couldn’t, but it’s a blast to watch her find out. Another slasher film involving sorority girls, but this time our killer decides a Santa suit is the most appropriate costume for his murderous rampage. Young, beautiful, and naked college chicks being snuffed is what makes slasher films fun to watch and To All a Good Night has just that. Enough with Santas on killing sprees, we need something different to whet our whistle. How about a snowman instead? Scott MacDonald plays Jack Frost, a once serial killing human, now a revenge-seeking snowman bent on taking out the guy who caught him. Two girls heading home for Christmas from Germany by train are confronted and brutalized by a trio of killer rapists. When the hoodlums meet up with the parents of one of the girls, you get flashbacks to Wes Craven’s controversial Last House on the Left.

Well there they are, the 11 films to watch this Christmas season. I hope they reward you with gratuitous amounts of holiday cheer.