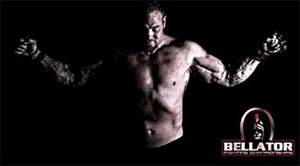 I have a confession to make: I saw practically none of Bellator’s fifth season. There are several reasons for this: I’m very busy right now. I normally don’t like watching fights that aren’t live. But the single-biggest reason is that Bellator had the UFC to contend with on almost all of the Saturdays that they were on. I miss Bellator, and I’m still a fan of it, I was just a bigger fan of the UFC and I consistently chose the UFC over Bellator. Thankfully, I now no longer have to make that choice. It’s been officially confirmed that Bellator FC is moving to Fridays, and for this I am very thankful and quite excited.

“Our focus was to find the right night, where the largest number of MMA fans could enjoy the show… When we looked at the alternatives, we agreed that Fridays provided a great night for us to reach MMA fans with our live, real sport, tournament events every week.”

The article also notes that while this move does eliminate the difficulty of going head-to-head with live UFC events, Bellator will still have to contend with the UFC in the form of The Ultimate Fighter reality TV show, which is moving to FX and switching to Fridays for its next season.

All things considered, I think this is a very smart move. Moving Bellator to a different day has been a topic that’s been brought up by almost every major MMA website on the net, given the fact that so many Bellator shows were directly competing with the UFC thanks to the UFC’s increased production schedule. And while MMA fans still have to choose between Bellator and the UFC, the decision is far more balanced now that they have to choose between Bellator and The Ultimate Fighter.

When it comes to Bellator vs. TUF, I choose Bellator and I don’t regret that choice one bit. The UFC has promised to make TUF an interesting show again now that they’re switching stations, and to their credit they do seem to be doing several interesting new things to entice disgruntled viewers like me into watching TUF again, like having a live fight.

But at the end of the day, there are only so many ways you can tweak the “TUF Formula”. This is a concept that will have been running for fifteen straight seasons upon its debut on FX. That’s a very, very, very long time in “TV years”, especially for reality television shows.

Right now I am simply bored with The Ultimate Fighter. It has lost its edge. Bellator, meanwhile, can always be counted on to deliver a fun event and at least one highlight-reel moment per show. While the “TUF Formula” has grown increasingly stagnant throughout the years, Bellator has been working hard to make its rosters deeper, to make its tournaments greater, to make the big fights that everyone should really be paying attention to.

In the battle of Bellator vs. The Ultimate Fighter, it’s Bellator by KTFO unless TUF is completely and wholly reinvented when it debuts on FX.