MMA: What’s Next For The Winners And Losers Of Bellator 59? 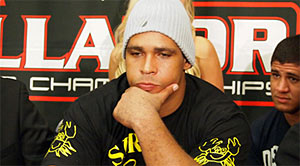 Bellator 59 was an event that looked quite good on paper, with two tournament finals, the Bellator debuts of two former UFC fighters, and the Bellator return of a top Bellator Lightweight. But the event saw controversy after controversy, and now once again it’s time to ask: what’s next? What does the future hold after so much scandal? Here’s my answer to just that: a new edition of my “What’s Next for the Winners and Losers” series of articles, now featuring Bellator 59.

Next for Marcin Held/Phillipe Nover:

Each other, which is why I’m grouping them together. Although I enjoyed their fight at Bellator 59, I still firmly believe that Nover was robbed. So I also firmly believe that he deserves an immediate rematch with Held to hopefully erase this horrible judging error off of his record.

Next for Eduardo Dantas:

A shot at the Bellator Bantamweight Championship, which means a date with Zach Makovsky, which means the toughest fight of Eduardo’s career. Dantas is a workhorse and is good in just about all areas, but Makovsky is incredibly fast, flexible, and a wizard on the ground. Dantas at his absolute best stands a chance, but Makovsky is one of the best wrestlers in Bellator and probably one of the best wrestlers at 135, so Dantas definitely has tough times ahead.

Next for Kurt Pellegrino:

If his second retirement is anything like his first retirement, Pellegrino will be back eventually. I hope he does come back, it’s very strange to take your leave following what was clearly a bad call by the referee. If Pellegrino does decide to stay retired I’ll respect his wishes, but if he ever gets “the itch” again I’m sure both Bellator and its fans (including me) would welcome him back with open arms.

Next for Patricky Freire:

Even though the fight ended early, Freire once again proved that he was one of the best Lightweights in Bellator at Bellator 59. I would absolutely love to see Freire take on Eddie Alvarez, it wouldn’t be for the belt but it would definitely still be a “super-fight”. Whenever Bellator’s next Lightweight tournament rolls around, expect Freire to be a heavy favorite to win it.

Next for Eric Prindle/Thiago Santos:

It’s been confirmed that there will be an immediate rematch to crown a winner of Bellator’s Season Five Heavyweight Tournament. Even if their fight at Bellator 59 ended after only a handful of minutes, I think Thiago Santos proved that he’s the man to beat. Prindle needs to focus almost-exclusively on his takedown defense now, because if it wasn’t for an illegal groin strike it looked very, very possible that Prindle would’ve spent three rounds on his back. That may still happen.

And that’s what I think, fans and friends.