The CD Format Is Finished 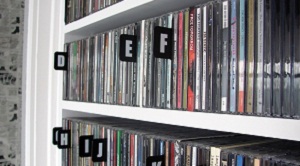 Luddites, get ready for a change that’s beyond your control. It’s been reported (Side-Line.com) that by the end of 2012 the precious CD format will no longer be supported by the major labels, which includes EMI, Universal, Sony, etc.

After reading this, please leave a comment at the bottom of the page and tell us what you think about this move. If you feel so inclined, tell us what your favorite format is/was.

While I don’t necessarily agree with the move, I have to commend those sleeping giants for finally waking up to the 21st century. It’s been a slow death and the labels had to practically be bludgeoned to a bloody mess before realizing that they will never regain the market of tangible music property. Have you walked into a Best Buy lately? The area once occupied by stacks upon stacks of CD isles is now home to dishwashers and fridges. The CD isle has been relegated to one row in the back corner of the store.

Why don’t I wholeheartedly agree with the move? First, I like my fetish property and it’s kind of like my porn. And I like liner notes and the smell of the ink and the pictures and the lyrics and the thank yous. I’m sure all that won’t entirely disappear as it’s bound to end up being part of the album download. Second reason is that the sound quality isn’t as good. Sure, you don’t have to opt for the most compressed version, but there are only two channels no matter what size the file is that you download. This should be rectified before the shift away from CDs is finalized.

The Future of the CD Format

But, CDs won’t disappear entirely. Apparently, special editions and releases will be made available on CD and to be sold on Amazon. Wonder if that means we’ll see an increase in the number of special releases — the baby boomers have to be able to acquire music somehow. Actually, come to think of it, what about those genres that aren’t necessarily popular (i.e., selling) in the digital format? Some of the crooners from the Sinatra era, for example. Those in the 70-plus demographic can hardly get their e-mail to work, let alone iTunes. Can you see all those retired folks flocking to used record stores? Seriously, the Apple store will take on an entirely different form of customer service.

Also, it’s probably safe to assume, especially since it’s only been reported that the major labels are abandoning the CD format, that smaller, independant labels will continue to push the CD format. This bodes well for a lot of what we cover here at Yell! Magazine.

It’s true, but you won’t be saving money. The assholes who too quickly accepted the buck-a-song template have already established the price point, and it ain’t going down. The labels will have less overhead with no physical product to produce and no distributor payback and should, thus, save money. But they won’t transfer those savings onto you. They’ll be anxious to line their pockets recouping all that lost revenue over the last few years. They might also spend a bit more on artist promotion, and let’s hope they’ll take the time to develop artists over time instead of rushing for a one-hit wonder and dumping the young hopeful.

While it’ll still likely be many years before the CD format disappears completely, the major labels have definitely set the big ball rolling. We’ll miss you CD and quality sound. Who knows, maybe this will give rise to a proper vinyl comeback (which I support, unlike Harshcore, who wrote the vinyl article I’ve linked up to).