UFC Embraces Mexico as a Potential New Market for MMA 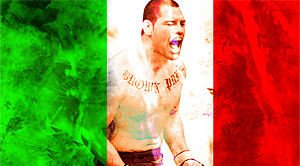 MMA is the fastest growing sport in the world, and sees incredible potential in Mexico. The UFC, which recently announced a reported seven-year, $100 million partnership with FOX Sports Network, is enthusiastic about both Mexican fighters and fans.

One reason the Mexican market is attractive to the UFC is that many top-tier MMA fighters are Mexican or Mexican-American. Names such as Cain Velasquez, Dominick Cruz, Tito Ortiz, Miguel Torres, Roger Huerta, and Gilbert Melendez shine in the UFC and are considered elite martial artists. In recent interviews with MexicoToday, UFC Bantamweight Champion Dominick Cruz credited the incredible work ethic of the Mexican fighter to this success, whereas rising UFC contender Aaron Rosa explained Mexican athletes such as himself have the heart that set them apart.

The first UFC fight to be broadcast live on the FOX Network is a blockbuster. Mexican-American UFC Heavyweight Champion, Cain Velasquez, will defend his title for the first time against top contender, Junior Dos Santos.

Not only does Mexico have a growing class of excellent mixed martial artists, but this country also has a giant fan base for the sport. Mexico is a country with a growing middle class that is youthful and has expendable income. The UFC sees potential in Mexico and has the right fighters to showcase to the Mexican people. Mexican fans are excited about the UFC and with so many popular Mexican fighters in the promotion; this expansion could be great for both parties.

Reed Harris, UFC Vice President of Community Relations, told MexicoToday that on a recent trip to Mexico the media attention surrounding the UFC was staggering. Harris explained that, from what he has seen, Mexican fans are excited and ready for the UFC in Mexico.

Marca Pais – Imagen de Mexico is an initiative to help promote a positive image of Mexico as a global business partner and an unrivaled tourist destination abroad.