As I Lay Dying Celebrates 10 Years Of Destruction With Decas 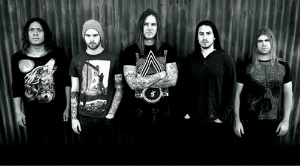 Grammy-nominated metal group As I Lay Dying announce the details of their upcoming release Decas and the A Decade of Destruction tour; both coinciding with the band’s 10-year anniversary. With over 1,000,000 units sold in the U.S. in less than 10 years, San Diego metal act As I Lay Dying will celebrate this milestone with the release Decas, available November 8th in North America, November 7th in the UK and Europe, and November 4th in GAS.

As I Lay Dying “Paralyzed” by Metal Blade Records