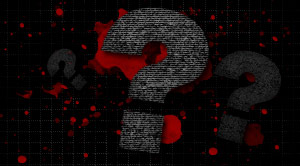 I apologize for the repeated alliteration of “P” words.

A new promotional poster for The Thing – a prequel to the 1982 remake – has been released just today. As a deliberate throw-back to the original iconic promotional material, the new release gives us a glimpse of the titular hybrid creature placed against a snowy backdrop.

The plot explains the actual story of the Norwegian expedition whose remains were recovered in the first few minutes of the John Carpenter film – which could now be labeled as a “sequel”. Mary Elizabeth Winstead of Scott Pilgrim fame plays the lead role of discordantly hot paleontologist while Joel Edgerton assumes the role of a an American helicopter pilot who has the misfortune of not knowing any specifics about his mission – such as exactly what the abnormal discovery was all about.