Sonnen vs. Brazil: Candid Smack-Talk Champ Returns To His Brilliant Best And Continues His Tirade Against Brazil 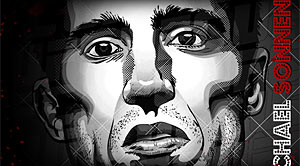 The American started the running joke during the build-up for his fight with Anderson Silva back at UFC 117. His rants angered other Brazilian fighters, especially Wanderlei Silva.

Following Wand’s first round KO Loss to Chris Leben, a showdown with Sonnen is off the cards and retirement is a highly touted route for the former PRIDE star. So instead, Sonnen is set to return against fellow American Brian Stann at UFC 136. The Ex-Marine is on a three-fight win streak and beat the highly respected Jorge Santiago in his last outing.

Sonnen has admitted that the fight with Stann is a much harder one than he had expected for his first fight back.

“I wasn’t ready for a Brian Stann-style fight; I was ready to take on a Wanderlei or a Machida or something like that. I’ll need to sit down and re-evaluate and up the intensity, that’s for sure.” – Chael Sonnen, Source: ESPN

In commemoration of the outspoken middleweight’s return, here is some of his recent tweets and quotes that hopefully summarize why he polarises fans and why his return is being celebrated by fans for mixed reasons.

“You have to understand. If I say something in a very private manner that isn’t intended for a certain audience, come on, you can’t hold that against me. I picked my medium very carefully when I talked about Brazil. I went to the internet. And if I had the foggiest idea that they had computers in Brazil, I wouldn’t have done that.”

“I was in Las Vegas when the Nogueira brothers first touched down in America. There was a bus…this is a true story…there was a bus that pulled up to a red light and ‘Lil Nog’ tried to feed it a carrot while ‘Big Nog’ was petting it. He thought it was a horse. This really happened? Do you believe me that that happened? He tried to feed a bus a carrot and now you’re telling me their country has computers? I didn’t know that!”

“Listen Wanderlei, I will do a home invasion on you. I will cut the power to your house and the next thing you’ll hear is me climbing up your stairs in a pair of night vision goggles I bought in the back of Soldier of Fortune magazine. I’ll pick the lock to the master room door and take a picture of you in bed with the Nogueira brothers working on your “jeeuu-jitsu.”

“What happened Mirko, what happened to your legs? Nothing happened. The referee’s not wearing an earpiece. The promoter didn’t come in the back and tell your opponent when to go down. That’s what happened. ‘I lost my motivation.’ No you didn’t – you suck. You suck just like Wanderlei sucks, just like Fedor sucks. Big difference when that referee is real isn’t it?”