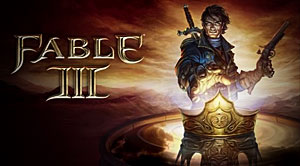 The gaming industry is filled with icons. Richard Garriott, who gave us the Ultima series. Hideo Kojima, father of Solid Snake. Shigeru Myamoto, visionary behind the Legend Of Zelda franchise. They tease us with glimpses of their next project, gently pull the strings of our imagination with promises of how the next installment of their respective franchises will be better, bigger and more freaking awesome than the previous. We hang on their every word, they are the gurus of the gaming universe.

Now, before anybody accuses me of harping on the poor guy, let’s get this out of the way: Molyneux as produced some of the finest games in the industry. You wanna talk about classic gaming? Bring up his Populous (1989). Deep, tactical gameplay? Syndicate (1993). Fun time-wasters? Bring up Theme Park (1994) and Dungeon Keeper (1997). If you really want to praise the man, simply mention his Mona Lisa, the superb Black & White (2001) and watch a sentimental tear roll down this reviewer’s eye.

That said, the man can talk out of his butt with more eloquence than Jim Carrey in his prime. Molyneux can hype a product like nobody’s business. If we believed every single word that came out of his mouth around the time of the original Fable’s release date, that game should have been able to mow your lawn, write a sonnet, figure out that whole cold fusion thing and taken you out for a romantic boat ride along the Thames. (It never even called me! I was going to introduce it to my mother! Bastard!)

Suffice it to day, Molyneux should be a lesson to designer’s everywhere to set reasonable expectations when it comes to what their games can and cannot do. His games often have more promised content left out than actually included. Opening a new Lionhead Studios game is a bit like listening to the wise sage Gump waxing philosophical, you never know what you’re gonna get.

So is Fable III legendary or a footnote? Let’s find out if this one will actually return my phone calls.

FABLE III. The PC version was used for this review.

Since Fable II never got a PC port, installing number 3 felt a bit like skipping the middle movie in a trilogy. Sure, the setting remains the same, the fictional fantasy world of Albion, but while you were out having a life somebody in the kingdom decided to go right ahead and invent the steam engine. What was a typical high fantasy setting in the original game as now morphed into a world in the throes of an industrial revolution. Swords are still the weapon of choice but you’d never dream of going into battle without one of those newfangled watchmacallits…firearms! Yes, the Fable universe is now firmly ensconced in the Steampunk genre, where high technology and wondrous magical abilities co-exist, much like my own homeworld of Canada, where the Mounties ride steam-powered moose…mooses? Meese? Meeses?

You play as the sibling of the reigning King. The game allows you to pick your sex at the start, so if you’d rather play as a princess than a prince the game caters to all your transgender needs. I played through the game as a Prince, because I am a manly man. It doesn’t take long for you to discover that your brother isn’t a very nice King at all. Bit of a tyrant actually. The fact that 20 minutes into the game your older sibling puts you into an awkward moral quandary kinda seals the deal. It’s rare for a game to get me to emotionally invest in its characters but Fable III get its claws into your heart right from the get go. Following a set of circumstances I won’t spoil, your brother gives you a choice between killing your best friend or allowing her to go free and sacrificing a few dozen total strangers instead. Its heart wrenching to hear both the doomed peasants and your best friend make their individual pleas. Doubly so since your friend is actually begging you to kill her instead of the innocents.

Suffice it to say, these life-or-death-bwa-ha-ha-I’m-so-evil moral dilemmas are one of the leading causes of sibling rivalry. Shortly following these traumatic events, you, along with a few trusted advisors including a legendary General and your butler, flee the castle in the hopes of raising an army to dethrone (and quite possibly de-head) your insane brother. It’s your job to make alliances, gather up your allies and eventually march on the capital to make your brother really regret all those Indian burns he gave you growing up.

Read about the gameplay, graphics and verdict on the next page…