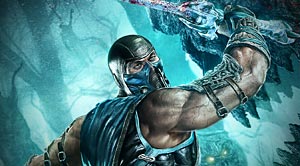 Have a look at this new video trailer demonstrating the tag team system in the upcoming Mortal Kombat game that will be available April 19th on the PlayStation 3, and Xbox 360. The video shows a complete tag team match between Sub-Zero, Scorpion, Cyrax, and Sektor (the guys playing Cyrax and Sektor truly suck by the way).

Although the character swap and gameplay look nothing revolutionary, actually very traditional in terms of a fighting game. It does however give the player the opportunity to unleash some extra devastating combos on your opponent, something very reminiscent to the old school MK3 (which was my favorite of the series).

I’d like to point out, the scenery looks amazing with attractive effects looping during the fight, which really help bring life to the atmosphere of the level. The sound is also something to pay close attention to, since you can hear a nice touch of detail of the hits.

Overall, Mortal Kombat looks very promising, and we hope it will deliver what the original did back in the day and much more.