UFC Rio: The Return To Brazil 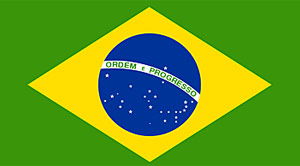 It started in academies, gyms, and even in the streets of Rio de Janeiro. “Vale Tudo” or “anything goes” fights pitted modern-day gladiators of various fighting styles against one another for bragging rights and to prove which academy was the best. It was exciting, it was beautiful, it was – the birth of the sport of mixed martial arts.

Now, after two decades, rule changes, and improvements later and after its explosion on American soil with The Ultimate Fighting Championship leading the charge, Brazil’s gift to the rest of the world is making its way back to the cradle of MMA. Backed by the extensive lineage of proud Brazilian UFC fighters, the world’s leading mixed martial arts organization, the Ultimate Fighting Championship, is pleased to announce it will return to Brazil for the first time since 1998.

UFC owners Frank Fertitta III, Lorenzo J. Fertitta, and Dana White announced today that the same Brazilian city that will be home to the 2016 Summer Olympics and the 2014 FIFA World Cup, Rio de Janeiro, will also be home to an international UFC event at the HSBC Arena on Saturday, August, 27, 2011.

“We couldn’t wait to host our first-ever UFC event in Brazil’s biggest city,” said White. “Brazilians have given so much to the growth of this sport. I’m excited that we can give back to the country that has given us so many great fighters. From Royce Gracie and Vitor Belfort to “Shogun” Rua, Anderson Silva, and Jose Aldo, these fighters are all champions and are so proud of their roots. It’s time for us to bring a live UFC event here and show the people of Brazil how much this sport has grown.”

“This is another giant step forward in our global expansion and in growing UFC into the biggest sport in the world,” said Lorenzo Fertitta. “By bringing world-class fights back to Brazil, we not only secure a foothold in a major international market, but we also give back to the people who have supported UFC for nearly 20 years.”

The original UFC Champion Royce Gracie brought his family’s style of jiu-jitsu to the states in the early ’90s and it has never left. A revolutionary fighter, the Rio de Janeiro native changed the way the game was played and stressed the importance for mixed martial artists to learn the ground game. Gracie earned four victories in one night at the first Ultimate Fighting Championship and is a UFC Hall of Famer.

Arguably the greatest pound-for-pound fighter ever, UFC Middleweight Champion Anderson Silva has gone from his Brazilian city of Curitiba to international stardom. A true finisher, Silva has won a UFC record 12 fights inside the organization with 10 finishes. The long-reigning undisputed champion has held the middleweight title since October of 2006.

Another champion from the great city of Curitiba, Mauricio “Shogun” Rua currently holds the UFC’s light heavyweight title with his recent win over another acclaimed Brazilian, Lyoto Machida. The dynamic 29-year-old is world-renowned for his devastating striking skills and his relentless attack.

Former UFC Light Heavyweight Champion Vitor Belfort is another on a long list of exciting Brazilian fighters. A Brazilian jiu-jitsu black belt that is known for his superior boxing skills, the 33-year-old Rio de Janeiro native will look to earn the UFC middleweight title when he takes on Anderson Silva at UFC 126 in February.

A winner of 18 of his first 19 professional fights, Jose Aldo made history by becoming the first UFC featherweight champion in history. A native of Manaus, the 24-year-old Brazilian reminds many of a 145-pound Anderson Silva because of his vicious striking and strong ground game.

More information about the UFC Rio taking place Saturday, August 27, 2011 at HSBC Arena including main event matchup, undercard bouts and ticket sale dates and prices will be announced in the near future.