Who Misses the Real Paul Verhoeven? 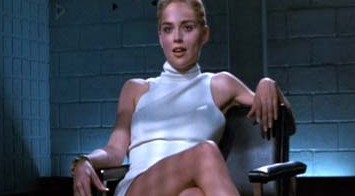 Any fan of the ultraviolent in film knows Paul Verhoeven. The Dutch director made his name Stateside with such great, over-the-top violent action movies like RoboCop, Total Recall, and Starship Troopers.

When he took breaks from action he still gave fans some T&A or other perversions to keep them interested (remember Basic Instinct, Show Girls, and Flesh & Blood?) But, given a choice, we much prefer the action.

After Starship Troopers, Verhoeven made Hollow Man, a thriller starring Kevin Bacon. The film was not well-received and Verhoeven disappeared for six years. He left Hollywood and it wasn’t until the WWII drama/thriller Black Book had its European release did we have hints that Verhoeven may be on a comeback.

It’s been five years since Black Book, and now we hear Verhoeven has returned Stateside after completing De stille Kracht, a homegrown film scheduled for domestic release sometime next year.

We were excited. We were looking forward to a return to form for Verhoeven. We were forgetting about the Hollow Man debacle, we were letting Show Girls fade from memory, and we were hoping that Black Book and De stille Kracht gave Verhoeven his fill for non-action directing. But sadly, we were disappointed again. The Surrogate, slated for a U.S. release in 2012, is presently in preproduction and the information we are getting on it is that it’s a thriller starring Kaley Cuoco, Halle Berry, and Julia Harari.

According to imdb, the plot reads: “An infertile couple hire a young college girl to be implanted with the couple’s last fertile egg — fully unaware that their surrogate is insane until she is midterm with their child.”

Don’t get us wrong, Basic Instinct and Black Book are two thrillers that can stand beside the best in the genre, and it won’t be surprising if The Surrogate joins their company, but are you like us here at Yell! Magazine? Do you want Vehoeven to drop the chicks and grab his dick? We want the real Paul Verhoeven, the Verhoeven that enjoys gunfights and action heroes, blood and guts, comic book plot lines, and violent means to justify good ends. For fuck’s sakes, Paul, it’s time to get nostalgic before you truly become irrelevant.