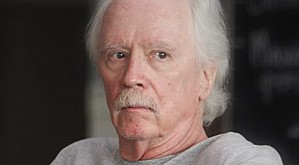 Not much is known about Carpenter’s new flick L.A. Gothic other than the script was written by Jim Agnew and Sean Keller and its main plot is… “Five combined stories of horror centering on a vengeful ex-priest’s efforts to protect his teenage daughter from the supernatural evils of L.A.’s dark side.” – imdb.

If you’re both a fan of Carpenter, and what person other than an idiot isn’t, and a fan of the multiple-story horror film (such as Tales from the Crypt or Twilight Zone the Movie), then you’re looking forward to seeing Carpenter back up on the big screen. It’s been a long time since Ghosts of Mars (The Ward lacked distribution as of the writing of this article) was in theaters (2001 to be exact) and the Masters of Horror series just whetted fans’ appetite, nothing more. The question is, though, which Carpenter will it be? Will it be the great Carpenter that brought us classics such as Halloween, The Thing, Big Trouble in Little China, and Escape From New York, or the mediocre Carpenter of the ’90s with such not-so-classic shit as Escape From L.A. and Vampires?

It will be interesting to see, but given that those ’90s flops, although panned by most, were still enjoyed by us at Yell! Magazine (we can’t help it, we love the guy), we hope for the former, but will still go see the film even if it’s the latter.