“Thrillingly Lifelike” – Latest Press Previews for L.A. Noire from Around the World 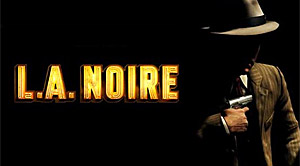 (ROCKSTAR NEWSWIRE) Information has only just begun to surface on our next big release, spring 2011’s L.A. Noire, a dark detective thriller set against the backdrop of 1947 Los Angeles.

Look for a big update soon with a special look behind the technology of the game – in the meantime, check out some latest press preview impressions that continue to roll in from gaming press in Europe and Australia:

“L.A Noire wants us to respect each witness as a complicated persona – as a human being. And it rewards us with some of the most thrillingly lifelike interaction we’ve ever seen on console… What follows offers revelation after revelation, Noire‘s sophisticated narrative untangling with confident patience. We’ve been well and truly enchanted by L.A Noire, from its lugubrious jazz hall ‘feel’ to its stunningly evocative, wonderfully authentic and impressively motley locales… But it’s the game’s personalities that leave us with the feeling that this could represent a new dawn for entertainment as a whole…. This has astounding promise – a giddily cinematic experience, housing an unflinching, surprisingly cerebral adult journey.” – CVG

“Some say that the face is the window to the soul. If that’s the case, then L.A. Noire is going to have hordes of people gawping into its spiritual essence – fogging up the glass with their slack-jawed admiration… Few games have managed to convey expressions in such a convincing manner, and it’s no small understatement to say that L.A. Noire could mark the start of a whole new vein of gaming… There looks to be genuine innovation here, both in terms of design and in the supporting technology.” – Videogamer

“The emotionality that is achieved with MotionScan is simply breathtaking, not just for the technical wow factor, but also because Rockstar has hired some truly talented actors. As a dark, mature thriller aimed purely at adults, we strongly suspect L.A. Noire of having some serious Game Of The Year potential. Make a note of this game, it’s important.” – Ausgamers