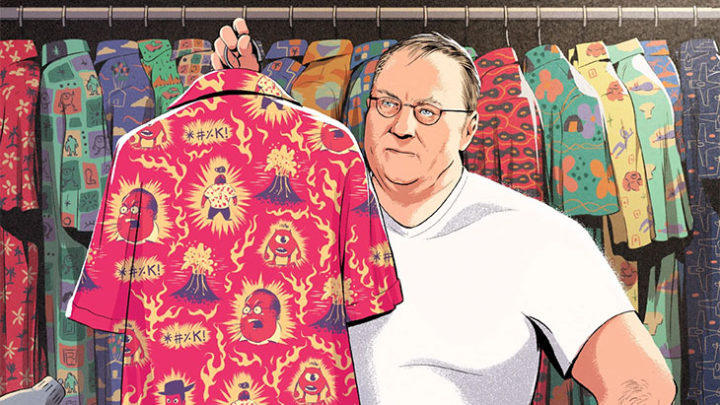 “We are thrilled to enter a joint venture with a company like Spin Master that is as committed to quality and delightfully surprising detail as we are,” said Luis Fernández, John Lasseter’s head of consumer products at Skydance. “As we roll out releases of our animated features, we cannot imagine a more effective partner in bringing our slate of epic, visually stunning animated worlds to life.”

The first of John Lasseter’s Skydance Animation films included in the deal is “Spellbound,” for which Spin Master will design a related product line of vehicles, mini-dolls, and fashion dolls. Skydance Animation has granted Spin Master rights to develop creative toys and other products for all of its future films.

John Lasseter Has Lined Up All-Star Cast for “Spellbound”

John Lasseter and Skydance Animation assembled a blockbuster cast for their first production for Apple TV Plus. Fans of the balcony scene in Westside Story will recognize the voice of Rachel Zegler, who voices the lead character Ellian in the film. Ellian is the tenacious princess whose resolute love for her family and her kingdom compels her to go on a perilous quest that has turned her parents into monsters and split her kingdom in two.

John Lasseter hired Disney musical legend Alan Menken, composer of the score for “Beauty and the Beast,” to write original music to accompany the script written by Elizabeth Martin and Lauren Hynek of “Mulan” fame along with “Beauty and the Beast” scriptwriter Linda Woolverton. Joining the creative team is celebrated lyricist Glenn Slater of “Tangled” and the lauded former head of Walt Disney Music, Chris Montan.

Said “Spellbound” director Vicky Jenson of the creative talent for the film, “From the very first day, we knew that this wonderful film would be filled with music and that Alan Menken would be the perfect choice to bring it to life. With Chris and Glenn on board, their synergistic creativity brings complexity and depth to the characters and creates a uniquely moving story.”

Skydance Media announced a long-term partnership with Madrid-based Ilion Studios and Skydance Animation in 2017. Its first full-length animated film, “Luck,” will debut on 5 August 2022, followed by Spellbound, to be released on 11 November 2022.