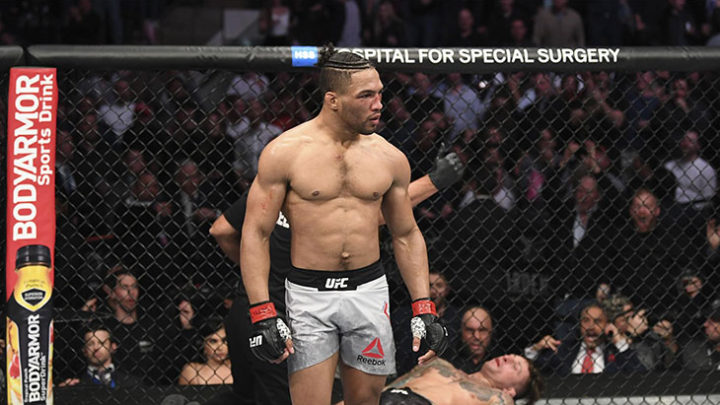 One of UFC’s most colorful stars is planning a new beginning, but Kevin Lee can’t quite keep his mind of a lightweight who got away from his wrestling skills. Khabib Nurmagomedov retired last October as the Kingpin of the 155-pound division with an impeccable 29-0 record never faced the “The Motown Phenom”, which is currently irritating him.

Lee, 28, recently appeared on The MMA Hour to talk about his move to welterweight and his upcoming scrap with Daniel Rodriguez on the main card of UFC Vegas 35, which takes place this Saturday. For the best betting tips make sure to check out Oddschangers MMA bets.

In addition, Lee expressed that he faced many great fighters at 155-pounds, but the Russian dodged him the past.

According to fans and the press, Nurmagomedov is labeled as one of the greatest fighters of all-time, but Lee doesn’t buy that statement at all. In fact, if “The Eagle” ever competes again, Lee will campaign to fight him in a heartbeat since he believes his wrestling skills are unprecedented.

“Nothing that happens can deter it,” Lee said. “That’s just a guy I want to test myself against and yeah, he’s a great champion and all that, but people even now are starting to see that he didn’t really have the challenges that he should have had to really be an all-time great. He never really fought a great wrestler and that was something that I was seeing the whole time coming up.”

“I feel like now you’re starting to see now that he’s getting a little more vocal and people are sitting back and really looking at the whole career, they’re really seeing it for what it is and not just all this hype and all these Russian bots that kind of get behind him.”

Despite facing many great fighters in his division, Lee can’t help but wonder how his UFC career would have been different if he faced Nurmagomedov when he was active in the UFC.

“It is a little disappointing that fight never happened with me and Khabib if he doesn’t come back, but I see the man’s out there playing soccer, so who knows maybe I might pick up a soccer ball or something and kick something around and we can have a little one-on-one match one of these days. Who knows?”