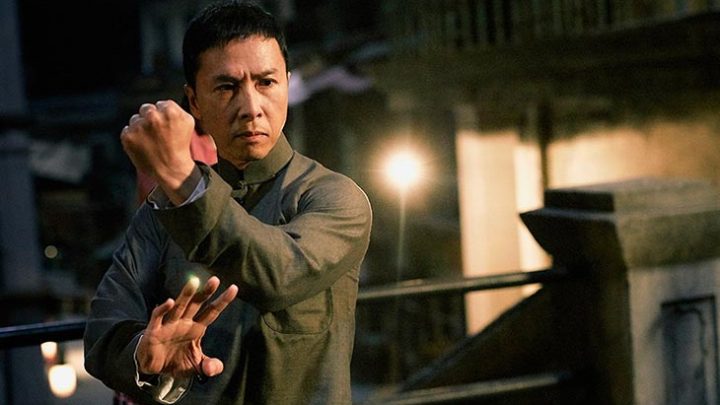 When it comes to action movies, what kind of combat is most satisfying? Flying bullets and random explosions or the slick sequences of martial arts? Action-filled entertainment has always existed and continues to find an eager audience, but the main quality of the best productions is that they don’t just excite. They put every ounce of effort and resource into creating experiences that grab you by the throat. The result is making their audience tense, flinch and sigh with the characters, even curious about joining that kickboxing class down the road. But even martial arts movies have their differences, with Kung Fu and its likes developing a global fan base from the dawn of Asian cinema. Here are some popular reasons why.

The latest martial arts movie to get audiences’ attention is Fighting with My Family (2019), the biography of Paige, a WWE fighter who, in 2014, found stardom at the age 21 as the youngest wrestler to win the Divas Championship. Find out more on https://www.wwe.com/superstars/paige. The movie has drama, laughter and a good many extreme punches, throws and manoeuvres. Warrior (2011), a better-known MMA-themed movie starring Tom Hardy and Joel Edgerton, features its two actors pounding it out in true blood, sweat and award-winning fashion. But then you have a production like Never Back Down: No Surrender (2016) that introduces the controlled benefits of Karate within MMA.

In fact, across the entertainment industry, Asian martial arts themes are a major attraction. Ninja costumes and Kung Fu Panda merchandise, from smartphone cases to travel mugs, still sell well. Among 800+ slots offered by online providers reviewed on https://www.bestcanadacasino.ca/, Ninja Ways improves normal 6-reel action with Asian music, background and animation alongside Naruto-style characters, weapons and sound effects. Shiny Entertainment even gifted us with Enter the Matrix (2003), a video game running parallel to Matrix Reloaded and without leaving out the breath-taking martial arts the franchise is famous for. These and many more popular titles bring audiences closer to the tranquil yet precise and lethal power of such specialized combat forms.

Ip Man 4: The Finale is scheduled for release on December 20, 2019. According to https://www.imdb.com/title/tt2076298/, the fourth instalment of the franchise illustrating the evolution of Wing Chun will have the eponymous Kung Fu master, played by Donnie Yen, visit his student, Bruce Lee, who is opening a Wing Chun school in the US and causing a bit of a stir. It sounds like we can expect an epic battle between western and eastern martial arts.

After the tragic events of Endgame, a Black Widow movie is officially happening. Apart from biotechnologically enhanced physical and cognitive abilities, the beloved Marvel superhero is trained in several martial arts, including but not limited to Judo, Aikido, Jiu Jitsu and Karate. We’re eager to get to know her origin and training story on May 1, 2020, if everything reported on https://www.marvel.com/movies/black-widow goes according to plan.

And as a special treat for 2021, Mortal Kombat is getting a reboot directed by Simon McQuoid and produced by James Wan. Exact details in terms of plot or lead characters have not been revealed, but Josh Lawson and Jessica McNamee will be joining the growing cast as Kano and Sonya Blade, while its developers focus on delivering the most satisfying experience imaginable for loyal fans.

Asian martial arts have a particular entertainment value because of their discipline, agility and grace, very different to the raw rage you’ll typically find in a boxing or MMA ring. That’s why viewers, gamers and fighters alike tend to pay attention.