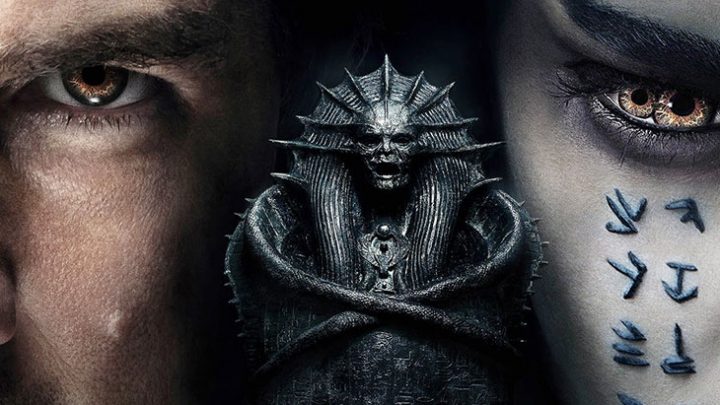 “This just keeps getting better and better”, says intrepid explorer Rick O’Connell in 1999’s box office smash hit, The Mummy. It’s a line that works two-fold; an amusing sarcastic remark as the supernatural foes mount up around him and his friends, and reaffirmation of why we – the audience – are so fascinated by ancient Egypt’s wonderful, enigmatic mythology.

It’s no wonder Tom Cruise’s efforts to re-establish the appeal of the classic universal monsters like Frankenstein, Wolfman and Dracula began with 2017’s reboot of The Mummy. Alas, the Hollywood legend’s short-lived Dark Universe came at the wrong time, with audiences seemingly far more interested in how Marvel was going to end its Avengers series. However, the film was still a commercial success outside America by more than doubling its budget in worldwide profits.

Like the Brendan Fraser film of 1999, Hollywood’s latest foray into ancient Egyptian mythology focused on a rather miffed mummified corpse coming back to life to wreak havoc on our unsuspecting hero and heroine. Based on the film series was WayForward’s video game, The Mummy Demastered, which also received positive reviews on its release.

Indeed, video game fans have also shown an obvious love of ancient mythology going by the success of, for example, Assassin’s Creed Origins and Lara Croft and the Temple of Osiris in recent years, as well as retro movie spin-offs in the past like The Scorpion King for Game Boy Advance.

Our obsession with all things Egypt has also extended to TV, with series such as Stargate SG-1 and French animation, Papyrus exploring this genre, also not forgetting comic books such as Marvel’s Moon Knight, DC’s Hawkman, and the emergence of new Egyptian superhero series El3osba for English-language audiences.

Furthermore, the iGaming industry, which boasts over 200 slots based on Egypt’s enigmatic history, has seen Cleopatra, a game inspired by the last ruler of the Ptolemaic Kingdom, become one of the most frequently played online. On Buzz Bingo, it’s listed amongst its most popular, alongside games like the Eye of Horus and Pharaoh’s Daughter.

Vivien Leigh as Cleopatra in the film Caesar and Cleopatra 1945 pic.twitter.com/PJggwxKdvS

A distinctive part of the attraction is that these narratives – whether they are in film, TV, literature or games – possess a sense of mystery that’s widely appealing. Since the earliest days of cinema, in classic Hollywood movies like Boris Karloff’s The Mummy, Valley of the Kings and Caesar and Cleopatra, storytellers have been able to stir our imaginations as these glittering mysteries are uncovered.

Gaming has taken this one step further by making it possible for us to be actively involved in the telling of the story. In fact, on top of the hundreds of video games that have been available past and present, there have been at least 32 board games inspired by ancient Egypt as well. Combined, all these mainstream culture crossovers explain why Egyptomania became a popular concept in Western society.

Of course, sometimes we just want to, as Rick O’Connell says in The Mummy, “Rescue the damsel in distress; kill the bad guy; save the world”. But as ancient Egypt has proven, this is a world with a bountiful history, of obscure and unpredictable heroes and villains and of mystery and intrigue that continues to fascinate contemporary consumers.