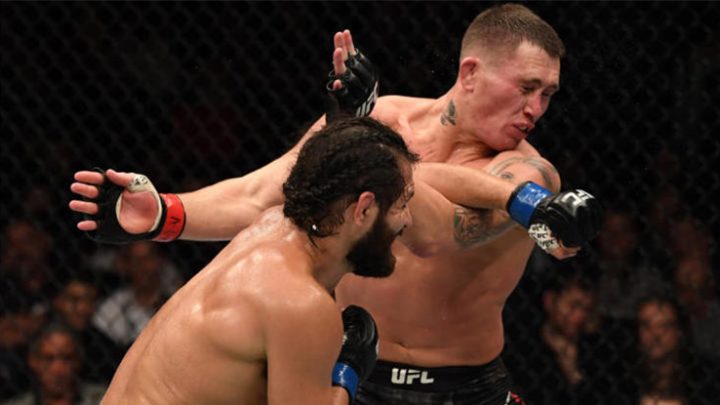 Jorge Masvidal is back! Following two straight loses in MMA, Masvidal made a big return yesterday over the hype train, Darren Till.

In the main event of UFC Fight Night 147, the American mixed martial artist won the fight against Till via knockout in the second round. The win also earned him the Fight of the Night and second Performance of the Night bonus awards.

After the phenominal win, Masdival then engaged in a bizzare incident with Leon Edwards, who also took in a win in the co-main event. During a backstage interview with ESPN +, Masvidal abandoned the interview and went after Edwards. Apparently, there’s tension between the two and Masvidal made that clear yesterday evening.

According to reports, Edwards received cuts from Masvidal’s punches and that both men were escorted out of the The 02 Arena.

For the full alteration, check the video right below.