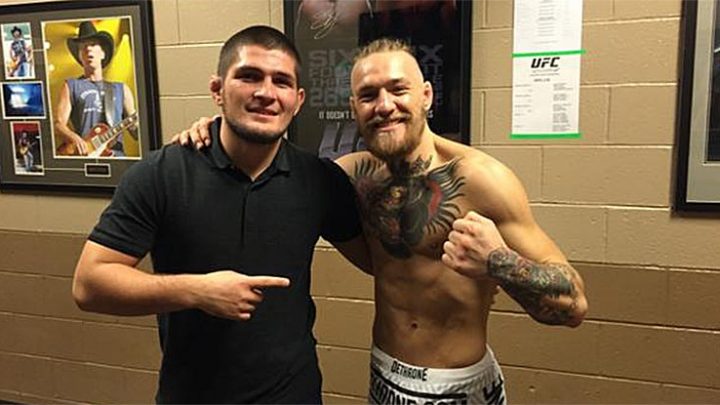 Ever since the UFC was sold to WME-ING the world of MMA hasn’t been the same. With Dana White’s seemingly unhealthy infatuation with bigger and better mega events like 2017’s boxing cross-over setting the gold standard for press, PPVs and mass appeal, now the next combo of controversial developments cause shockwaves among athletes and fans alike.

Weeks ahead of his bout with the infamous “smasher” Khabib Nurmagomedov, Connor McGregor announced not only his new contract with the UFC, promising him six fights and making him easily the promotion’s top paid fighter.

What could be more interesting about this development, especially to other industries, is the agreement including McGregor’s new business, Proper No. 12 Irish Whiskey, as official sponsor.

Now what does that mean for the future of the sport? Well, other than White’s outspoken critics feeling giddy at the big goof proving them right once again, these announcement surely mean but one thing; the UFC is open for new business proposals.

Enter the makers of online slots and online casinos. Similar to the world of MMA, the market for online gambling has been experiencing exponential growth in recent years. With more and more platforms populating the internet, offering dozens if not hundreds of different slots to play 24 hours a day, these companies have taken the next big step taking on sponsorships for various sports and leagues around the world. Most condemning example of this trend? Look no further than UK’s Premier League. More than 50% of all teams in one of the most watched football leagues in the world have running sponsorship agreements with online companies fielding slots like Rainbow Riches.

With superstars like McGregor suddenly bringing whiskey into the mix, the time certainly seems right for other genres and industries to knock on the UFC’s door. Especially since the US Supreme Court’s decision earlier this year, suddenly making overseas markets even more attractive.

And that seems to be just it. Two growing markets with ever increasing marketing budgets, almost destined to meet each other along the way. My bet? We will see adverts for a lot of slots and other casino games both in the arenas and on live streams in the near future. Gone are the times of spoiled deals like Reebok. The UFC have set the stage not only for themselves – more and more fighters start realizing their worth. Meaning ever bigger deals in the making.