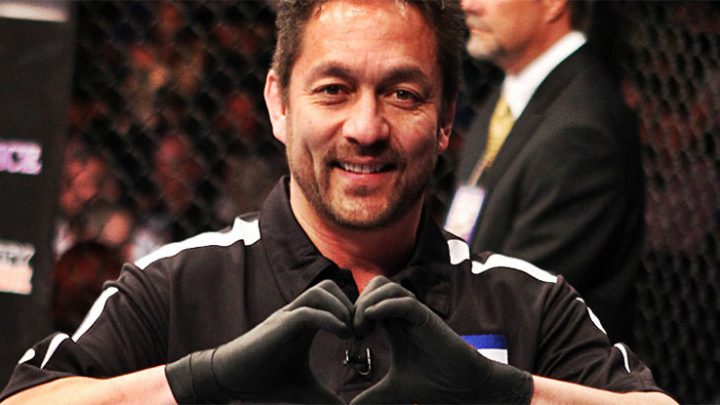 Veteran MMA referee Mario Yamazaki pissed off a lot of UFC fans last night, including UFC President Dana White, who went off on him for poor stoppage via social media.

Last night, Yamazaki prematurely ended the lightweight bout between Kevin Lee and Michael Chiesa in the first round of the main event of UFC Fight Night 112. Moments after Chiesa could tap or go unconscious from Lee’s deep rear-naked choke, Yamazaki stopped the highly-anticipated fight.

Mario Mazzagatti does it again!!! This guy is more concerned with doing this dumb ass heart bullshit then Ref’n the fight!!! Steals a great moment from Lee or let Mike fight it or tap. Nobody gives a shit that u can make a heart with ur hands like a 12 year old girl they want u to pay attention to what’s going on in the fight and do ur job.

As you can see, White refereed to Yamasaki as “Mario Mazzagatti,” in reference to arguably the worst MMA referee in the sport Steve Mazzagatti. White took a stab at Yamazaki’s trademark “heart” gesture before every fight round.

Stay tune to Yell! Magazine for much more daily news.