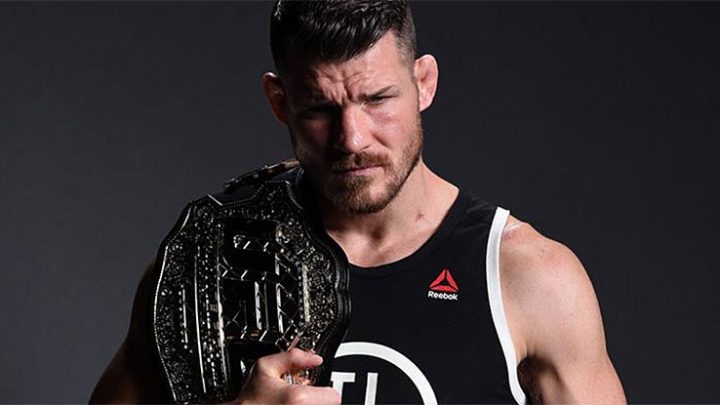 As many of you probably already know by now, former UFC welterweight champion Georges St-Pierre will be making a return in the UFC. His first opponent after a three-year hiatus from combat sport will be Michael Bisping, the current UFC middleweight champion.

Following the big announcement earlier this week from Dana White, Bisping recently revealed that he thinks St-Pierre is overlooking him, like most of his past opponents such as Luke Rockhold and Dan Henderson.

Apparently, Bisping trained with St-Pierre over a decade ago, which may hint at an easy victory for the Canadian.

He chose me because he thinks he can beat me, I trained with him 11 years ago and he outwrestled me. Now back then I was a kickboxer from England, I didn’t know a double leg from a double decker bus. But every time we trained he’d take me down. He thinks I’m still that guy. He thinks I’m an easy opponent, an easy pick. He picked me to come out of retirement, moving up a weight class, it’s almost like he has nothing to lose, but if he moves up a weight class, he beats me, he becomes a legend.

For all the middleweight fighters who are thinking that Bisping is currently ducking them, the 185-pound king pin had the following to say.

I know there are people out there who are criticizing me. Saying I should fight the number one contender, guys like Yoel Romero, and they’re absolutely right. But, put the question right back to you: If you are Yoel Romero, or Luke Rockhold, or Jacare [Souza] or any of these guys. If you were offered a fight with GSP, I know for a fact you’re going to take that fight. So why shouldn’t I do the same? I deserve this payoff, I deserve this fight, not only for the payday, I want this fight for my legacy.

GSP is clearly the biggest money fight for Bisping right now. So let’s just hope he finally gets his $1 million payday. However, a big payday is the only thing that matters for Bisping, but also his legacy.

I have nothing but respect for Georges. For me, beating Georges St-Pierre, beating Anderson Silva, beating Dan Henderson, beating Luke Rockhold, for me, it really puts an exclamation point on my career.