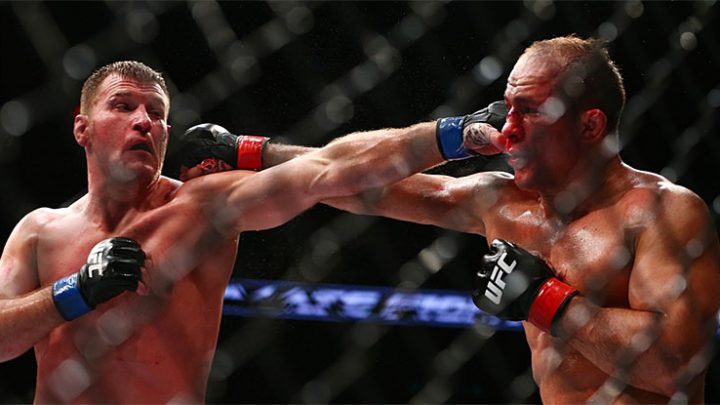 Back in 2014, Stipe Miocic lost his match to Junior dos Santos at UFC on Fox 13, but now that he has the UFC heavyweight belt he can settle the score once and for all with the former Brazilian champion.

That’s right! Multiple online sources are currently saying that a rematch between Miocic and dos Santos is being booked for UFC 211 in Dallas. At the moment, the bout is expected to be slated as the headliner with a co-main event in the works.

Since his loss to dos Santos, Miocic won four fights in a row over top UFC heavyweight such as Mark Hunt, Andrei Arlovski, Fabrício Werdum, and Alistair Overeem. He defended the belt only once, while dos Santos has only fought twice with a recent win over Ben Rothwell at UFC Fight Night 86.

UFC 211 takes place on May 13th at the American Airlines Center in Dallas.