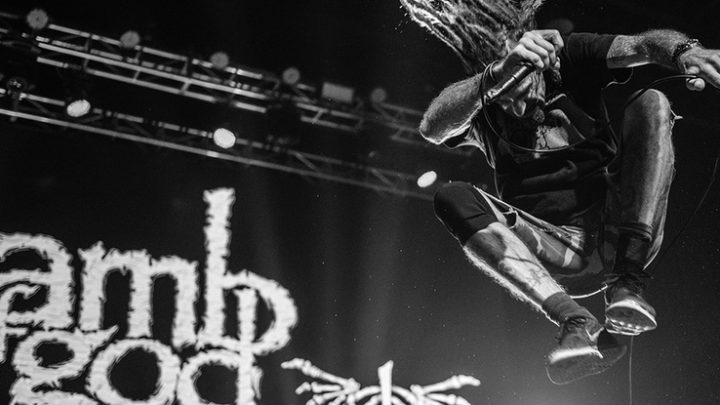 Don’t worry. I’m not going to suggest that you check out Ice Cube (even if he was my first ever celebrity interview). Why wouldn’t I suggest him? Well, despite the added diversity of music, this is Amnesia R.O.C.K.F.E.S.T., damn it! Rock, heavy metal, punk, yes, yes, yes. Rap, hip-hop, no, no.

Having said that, let’s just get on with the list, shall we? In no particular order:

Well, since the founding members, Max and Igor Cavalera warmed you up the day before with an anniversary playing of Roots, why not see Derek and the boys shred it out.

Anthrax is permanently on tour, or it seems, so there’s no real need to absolutely see them. But if you want a kick-ass thrash metal show, you certainly will be hard-pressed to find one better on the 25th. These guys are members of The Four Horsemen and they are true monsters of rock.

Of the new era of frontline heavy metal bands, Lamb of God seem to be the heir apparent for that time whenever Metallica hangs up the six string.

Finally, off the Budweiser stage. Now, you can’t really go to a rockfest without some good NOLA, can you? Get yourself right and take in some COC.

Speaking of NOLA, well, despite hailing from Detroit, Child Bite is on Phil Anselmo’s Housecore Records, and that should be enough of a reason to see these guys.

Well, The Black Dahlia Murder likes horror and so do we. Why are you going to see them?

These guys are fucking crazy, and they make some amazing music videos. If you haven’t heard of these guys, you need to.

I’ve said it before, and I’ll say it again, I’m always impressed when I hear these guys. It’s like I forget how brutally awesome they are, and I’m always like, holy shit.

Once again, classic hardcore at its finest.