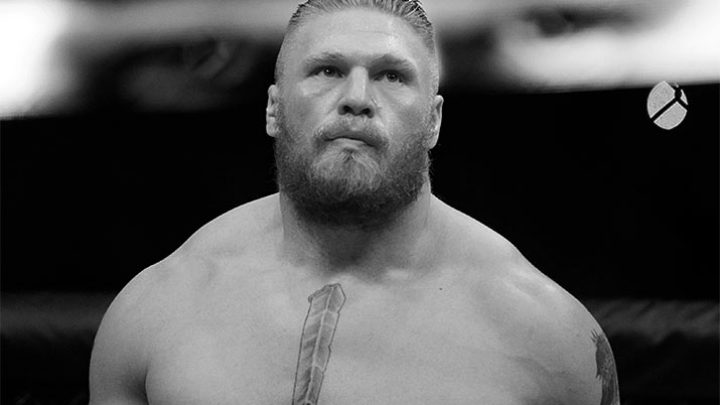 The word is officially out on Brock Lesnar’s return to MMA, which means the UFC is going to have one hell of a good fight card for UFC 200 in July.

Last night during UFC 199: Rockhold vs. Bisping 2, the UFC unleashed a new UFC 200 promo in between the main and co-main event, which featured Daniel Cormier vs. Jon Jones, including a glance at Miesha Tate vs. Amanda Nunes. Plus, Lesnar appeared at the very end of the clip with his opponent listed as to be determined (TBD).

At the moment, Lesnar opponent isn’t close to being finalized and it is unclear at this time who is under consideration, but the UFC definitely has a few interesting options in the heavyweight division such as Stefan Struve, Mark Hunt, and Derrick Lewis, just to name a few.

If you’re wondering about Lesnar’s commitment to the WWE, well, apparently they approve his MMA return and have granted him a one-off opportunity while under contract.

The WWE released to following statement clarifying the situation with the UFC:

Brock Lesnar remains under contract to WWE, however, he has been granted a one-off opportunity to compete at UFC 200,” the statement read. “Following this milestone event on July 9, Brock will return to WWE for Summerslam on Sunday, August 21, live on WWE Network.