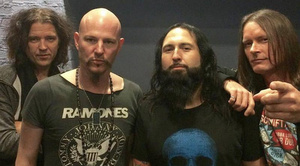 Guitar god, Monte Pittman, has announced several performances from now through July 2016 as part of the LA KISS Football house band, which also boasts Patrick Stone (Budderside) and Matt Starr (Mr. Big, Ace Frehley)! Fans that attend the LA KISS home games will be witness to multiple sets from the band before, during, and after the game at the Honda Center in Anaheim, California. See below for all dates.

In addition to being a renowned solo artist, Monte Pittman is also known for his guitar-work in Prong, for appearing on all of Madonna’s live tours and albums (beginning with the 2001 Drowned World Tour), along with many other collaborations. Most recently, Monte Pittman released The Power of Three (2014) via Metal Blade Records. To preview and purchase The Power of Three, please visit: metalblade.com/montepittman