Stream The Curse That Is From Graves At Sea! 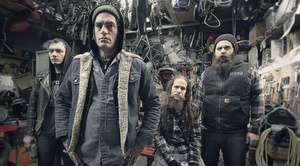 Fifteen years in the making, Graves at Sea have delivered their debut full-length, The Curse That Is, via Relapse Records. We can assure you that this is sludge/doom metal perfection and it’s not to be missed. On that note, head on over to Noisey for a full album stream. From the first chord, you will be hooked. The Curse That Is was released yesterday, April 1st. Physical copies of the album can be ordered here, and digital orders can be placed here.

In conjunction with the release of The Curse That Is, Graves at Sea will be embarking on a two week-long U.S. tour alongside Order of the Owl. See confirmed dates below.