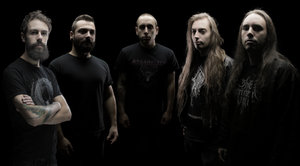 Want speed? Want a sound so crisp that it sounds like chrome? Want top-tier musicianship that dabbles in neoclassical influences? Want dual death vocals instead of a duet between a death vocalist and those generic Sum 41 clean vocals? Then you want Canada’s First Fragment. Dive into the the band’s new track “Le Serment de Tsion” in the player above.

The track comes by way of the band’s forthcoming debut album, Dasein, which will be released on May 20th. Album pre-orders are available here.