Simon Merrells Joins Stephen King Adaptation, I Am The Doorway 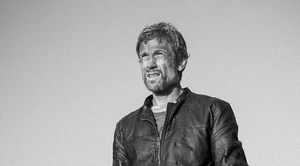 British actor Simon Merrells (Spartacus: War of the Damned, The Tomorrow People, Dominion) has joined the cast of the Stephen King adaptation, I Am the Doorway.

Subject to work commitments, Simon will be playing the central role of former astronaut Arthur, a broken man who suffered a terrible loss after a deep space mission gone wrong. Merrells has previously worked with director Simon Pearce on his feature film Judas Ghost, in which he played camera-man and ghost finder Mark Vega.

I Am the Doorway Synopsis:

After a journey to investigate desolate Pluto, astronaut Arthur returns home a shattered man. He sees eyes forcing their way through the skin of his hands, eyes that distort his friends and the landscape itself into monstrous visions. Believing himself the doorway to alien invasion and gruesome murder, he must take desperate action.