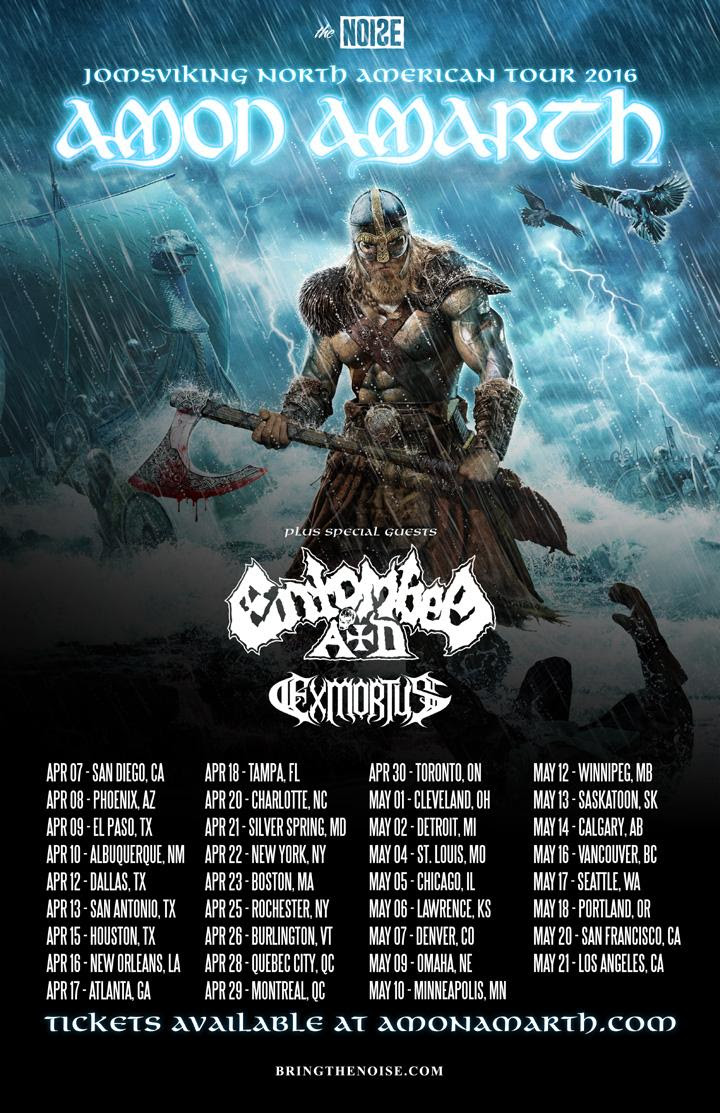 The tour will follow the release of Amon Amarth’s 10th studio album, Jomsviking, set for unveiling in North America via Metal Blade Records on March 25th. Jomsviking – the band’s first concept record in their storied career – tells a tragic tale of love and revenge, backed by the Swedes’ trademark melodic, anthemic metal, which was produced and mixed once again by Andy Sneap (Megadeth, Testament, Accept) and also features special guest session drummer Tobias Gustafsson (Vomitory). The epic original story is set in the world of the Jomsvikings, the legendary order of mercenary Vikings.

By far their most ambitious project to date, Jomsviking is available for pre-order in various formats now at AmonAmarth.com, where fans can also view the video for the album’s first single, “First Kill.” Produced by Grupa 13 and directed by Darek Szermanowicz (Behemoth), “First Kill” was filmed in Gohrweide, Germany, and Warsaw, Poland, and features a cinematic depiction of the violent, brutal lyrics, along with powerful live footage of the band performing with their full dragon head and pyro stage-set.