Epic Death Does A Wicked Cover Of Alice Cooper’s “Poison” 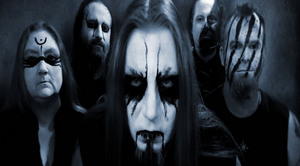 Who would have thought that a Gothic black metal version of Alice Cooper’s 1989 classic, “Poison,” would sound so fucking good? Epic Death did, that’s who. Check out their cover in the player above! It’s pretty damn cool.

The track can be found on Epic Death’s upcoming album, Witchcraft (December 11th). Album pre-orders can be made here.

Will the cover ignite the passion of would-be Romeos wishing to win the hearts of Gothic Lolitas? Well, the world might be a bit too jaded for heavy metal romances these days, so it’s doubtful.

Here’s what Becky Dorsett (Demona) had to say on the decision to cover “Poison”:

We started the journey of choosing a previously recorded song by putting songs on a list that would coordinate with the name of our album. When it was all said and done we looked at each song and asked, ‘which one really means something to us.’ Well for Dennis and myself it was Alice Cooper’s ‘Poison.’ You see, we both see Alice Cooper as the original rebel shock rocker who makes every show like Halloween. It is also one of Dennis’ and Reece’s favorite songs. The final icing on the cake was going to see the Super Duper Alice Cooper movie. Everything that was in that movie Dennis and I could relate to on many levels. Not only is the man a genius as a musician, but he is [also] just as ‘human’ as the rest of us. Most of all, he’s our musical hero!