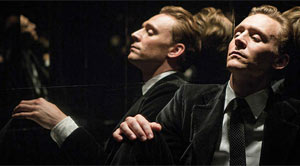 Ben Wheatley’s new film High-Rise based on the dark and disturbing 1975 novel of the same name by J.G. Ballard was just acquired by Magnet Releasing for US distribution. Starring Tom Hiddleston, Sienna Miller, and Luke Evans, the highly-anticipated film chronicles the savage breakdown of social order inside a giant residential apartment block.

I’m very excited about working with Magnet again. They have the brains and the balls to handle the crazy beast that is HIGH-RISE.

High-Rise received its world premiere at the Toronto International Film Festival, and its European premiere at the 63rd San Sebastián Film Festival in September 2015. It was very well received by IGN, The Telegraph, and Kate Wilson of Varsity gave the film a 5 star review calling it a “masterpiece”.