[PIC] X-Files: The Truth Is Still Out There Poster 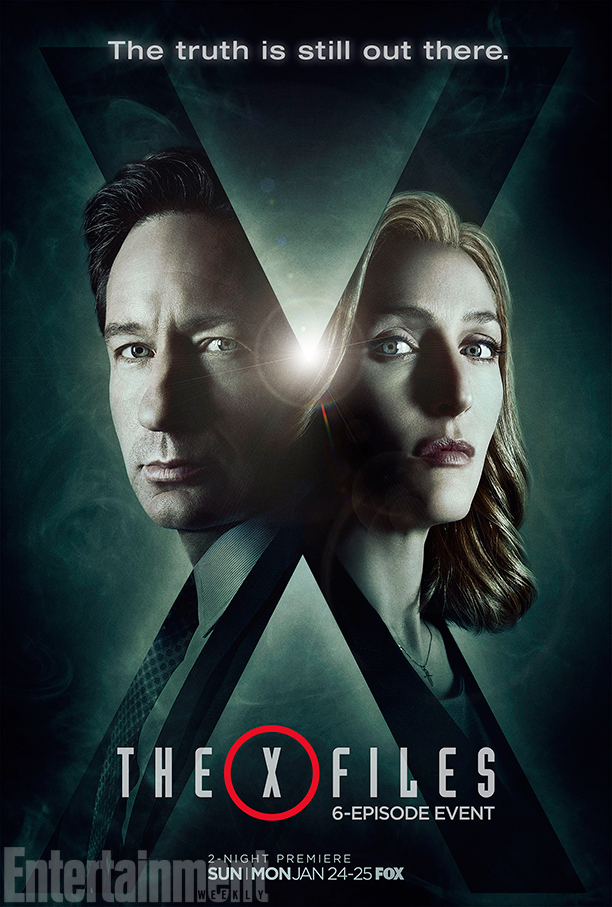 Whatever you call it, the new X-Files, in which David Duchovny and Gillian Anderson reprise their roles as the paranormal FBI sleuths, Agent Fox Mulder and Agent Dana Scully, returns to FOX on January 24, 2016.

The premiere episode will follow the NFC Championship Game, and will follow up the next night, January 25th, with the second episode. That’s a bit fast and furious considering there are only six episodes to share.

There’s a host of guest stars who’ll be making appearances along the way, so this thing has got a lot of attention. But, does it have yours? Are you planning on tuning in for the six new episodes of one of the most successful television franchises in history?