Eye Of Nix Reveal “Blood In The Fire” Bonus Track 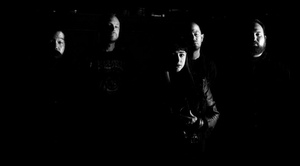 If you haven’t yet heard Eye of Nix, do yourself a favor and go listen to “Blood in the Fire” over at Cvlt Nation. The track, which becomes digitally available on November 6th as a bonus track on the previously released Moros album, is a dark and loungey number that dives into psychedelic rock and near operatic styles. It’s catchy and macabre, and it’s pretty damn awesome.