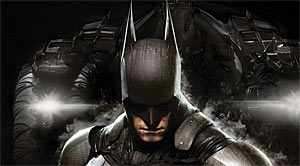 PC gamers eager to play a stable release of Batman Arkham Knight will be very disappointed to hear today that the re-launch of the game this week is still a major let down. After months of work to save the PC version of Batman Arkham Knight from complete failure, the game continues to face problems and Warner Bros. has no choice but offer an unconditional refund program for people who want their money back.

We are very sorry that many of our customers continue to be unhappy with the PC version of Batman: Arkham Knight. We worked hard to get the game to live up to the standard you deserve but understand that many of you are still experiencing issues.

Arkham Knight re-launched on PC on October 28, 2015 with a package of free games.